Home General Next Microsoft CEO could be Mulallay or Nadella, we’ll miss Ballmer

A storm’s brewing in the tech market and Microsoft’s next CEO could be Alan Mulallay or Satya Nadella. Either one is expected to step into the shoes of the company’s charismatic and slightly kooky CEO, Steve Ballmer, according to insider sources.

Executive Vice President of Microsoft’s Cloud and Enterprise group, Indian-origin Satya Nadella, and Ford’s President and CEO, Alan Mulally, are said to be the top contenders for the throne. We’ll truly miss Microsoft’s outgoing CEO for all the drama and humor he brought to tech events. Don’t feel the same? Here’s a YouTube video titled Steve Ballmer Going Crazy on Stage which sums up his charisma on the podium.

On August 23, 2013, Ballmer announced that he would be retiring from the role of CEO within a year’s time. This change in leadership coincides with Microsoft’s ongoing shift in focus from software to devices and services in a floundering PC market. A new man is needed for the job. This doesn’t stop Ballmer from having a laugh or two in the meantime. Quite recently, the company opened the online Scroogled Store selling anti-Google merchandise under his watch.

The company’s Board of Directors has appointed a special committee to decide who would best fit the role of Microsoft’s new CEO. Headed by the board’s lead independent director, John Thompson, the group also consists of Chairman of the Board, Bill Gates, Chairman of the Compensation Committee, Steve Luczo, and Chairman of the Audit Committee, Chuck Noski. 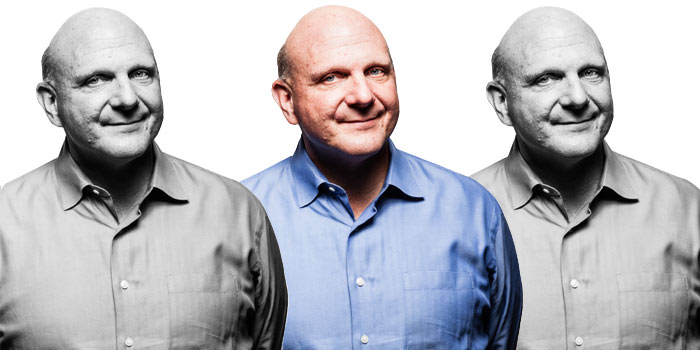 The team will be getting some help from Heidrick & Struggles International Inc., a recruitment firm. Bloomberg reports that Nokia’s Stephen Elop and internal candidate, Tony Bates, are still being considered. But they’re apparently not going to be anyone’s betting favorites for whatever reason.