Home Nokia Microsoft Lumia 930 gets released in India with Windows Phone 8.1 at...

As had been promised, the Microsoft Lumia 930 has been released in India, and this Windows Phone device as asking for Rs 38649 if you’re interested in purchasing it. With a 20MP PureView camera as its main highlight, the handset offers Snapdragon performance and a high resolution display, among other advanced features.

The Microsoft Lumia 930 was announced alongside the Lumia 830 and Lumia 730 which were released in the country on October 8 and October 6, respectively. While the 830 is highlighted by its 10MP PureView camera and its mid-range specs, the 730 has been positioned as a selfie phone thanks to its wide-angle 5MP front snapper. 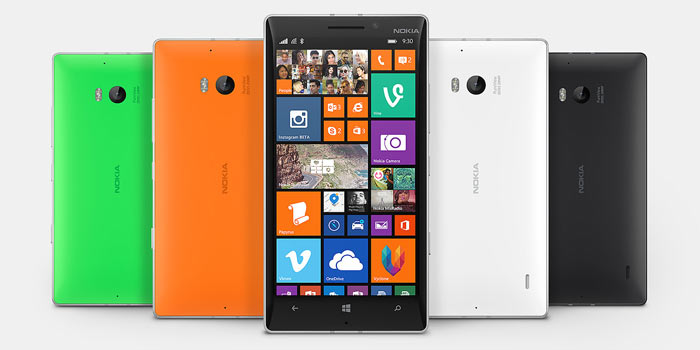 The Lumia 930 on the other hand, is a high-end smartphone which is evident through its specs. A 5-inch 1080p full HD AMOLED display occupies space on its front surface, offering a pixel density count of 441ppi. This phone runs on a 2.2GHz quad core Snapdragon 800 processor that’s assisted in its operations by a 2GB RAM module.

Also Read: Microsoft gets into the festive spirit in India, announces Lumia 730, 830 and 930

Like we said, a 20MP PureView camera equipped with Carl Zeiss optics, optical image stabilization and an accompanying dual LED flash has been granted to the device. On its front surface, it houses a 1.2MP HD snapper for selfies and video calling.

Here’s a good look at the specs of the Microsoft Lumia 930:

Black, green, orange and white are the color options in which Indian buyers can purchase the Microsoft Lumia 930 right now at the above mentioned price of Rs 38649.