Home Windows Phone Microsoft Lumia 540 makes its debut in India, to be made available...

The Microsoft Lumia 540 dual SIM smartphone has made its debut in India and it will be sold at Rs 10199 in the coming days. For its price, the device is the cheapest entry-level option in the company’s new lineup to offer an HD display, but it has a lot to worry about as well.

For under Rs 7000, there are many phones which offer features better than what you’d get on the Microsoft Lumia 540. So basically, the phone places itself as a great pick for Windows Phone fans, but it might not be appealing enough to entice customers to switch over to the Microsoft OS. 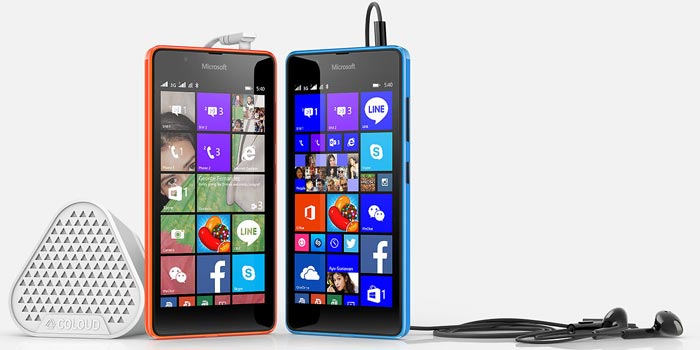 Additionally, the Lumia 640 smartphone which offers slightly better features is currently selling for as low as Rs 9999. So why would anyone go for the new Lumia handset when they can get more for less and from the same company? The device in question is a pretty good option nonetheless. It offers a 5-inch IPS LCD with 1280 x 720p pixel resolution and is powered by Windows Phone 8.1 with the Lumia Denim update.

Also read: Second-gen Android One phone unveiled for Europe, could come to India

What’s more, the Lumia 540 will also be getting a guaranteed update to Windows 10 for mobile when it launches later this year. Along with 5MP and 8MP cameras, the device also packs dual SIM card slots, a 1.2GHz quad core Snapdragon 200 processor, 1GB RAM and a 2200mAh battery.

The Microsoft Lumia 540 smartphone will be available for purchase from May 18 in cyan, orange, white and black options.