We already know that the Microsoft Lumia 540 dual SIM smartphone will be arriving in India sometime this month and the company has now confirmed the launch date as May 14 which is tomorrow. The announcement will take place at an event where the press has been called to welcome the newest member of the Lumia family.

A small portion of the phone is also visible in the invite. However, we don’t expect to see the Microsoft Lumia 540 dual SIM handset to go on sale at once. And it doesn’t look like the company has teamed up with any ecommerce website for an exclusive partnership or we would have been seen teasers popup by now. 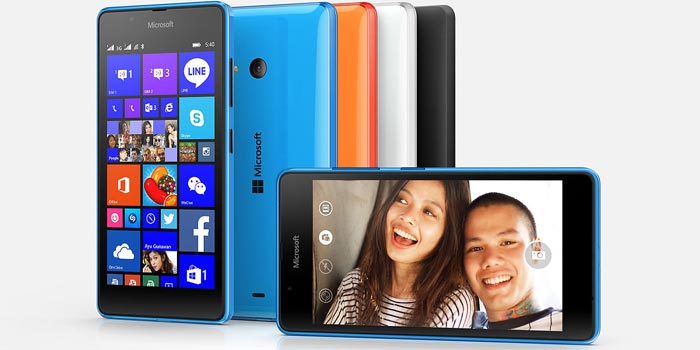 The Microsoft phone was originally launched back in April and it’s the successor to the Lumia 530. It continues to cater to the entry-level category and will also be an affordable option. There’s no price as yet for India, but we expect the handset to sell for around Rs 10000 considering that its retail tag was previously revealed as $150 (sans taxes).

The Lumia 540 runs on the latest Windows Phone 8.1 OS with the Denim update and it’s entitled to get updated to Windows 10 later this year. The phone has a 720p HD display with a 1.2GHz quad core processor delivering the steam. There are dual high resolution cameras here as well, where the front has a 5MP selfie shooter and the rear packs an 8MP snapper.

Be sure to tune in tomorrow evening for official details on the Microsoft Lumia 540 phone’s launch in India.