The Microsoft Lumia 532 smartphone is coming soon to India and while the tech giant is keeping quiet about its launch plans, an import listing suggests that an official unveiling could take place any day now. The handset has also been listed on the company’s official online store in the country sans a price tag.

The guys over at NPU managed to spot the Microsoft Lumia 532 at an import website Zauba where they noticed that the company started shipping huge quantities of the phone into the country. So far, we’ve seen 5000 units and of course, there must be a lot more if the OEM is planning a full-scale launch. The value for each handset is said to be Rs 3296, but that’s not what the device will sell for. 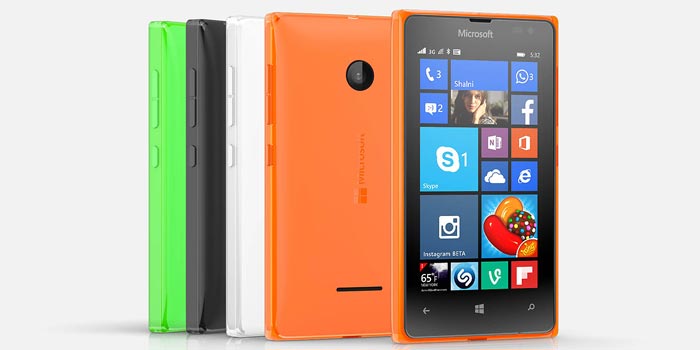 The report goes on to say that the expected retail tag for the Lumia 532 is somewhere between Rs 6999 and Rs 7499. The dual SIM model will be making its debut under the RM-1031 SKU and the phone is also future-proof as it’s eligible for an update to Windows 10.

Out of the box, you get WP8.1 with the Lumia Denim enhancements. The new Microsoft phone is as you’d expect a toned-down version of the Lumia 535. It offers a 4-inch WVGA LCD panel with a 1.2GHz quad core Snapdragon 200 SOC delivering the steam. The phone also tags along 1GB RAM, 8GB storage, a 5MP rear camera and a 1560mAh battery.

We’ll have more information to share on the Microsoft Lumia 532’s India launch as and when available.