Microsoft India is planning on setting up a Center of Excellence in Visakhapatnam, Andhra Pradesh, in order to further its push towards digital inclusion in the state. The deal was hammered out during a meeting between the brand’s CEO Satya Nadella and the region’s Chief Minister N Chandrababu Naidu.

PTI reports the Andhra Pradesh government has signed an MoU with Microsoft India. As per the agreement, the company will offer deployment and use of information and communications technologies to provide people in the area with better services. It will also aim to sharpen its focus when it comes to increasing productivity levels by disseminating training on new technologies. 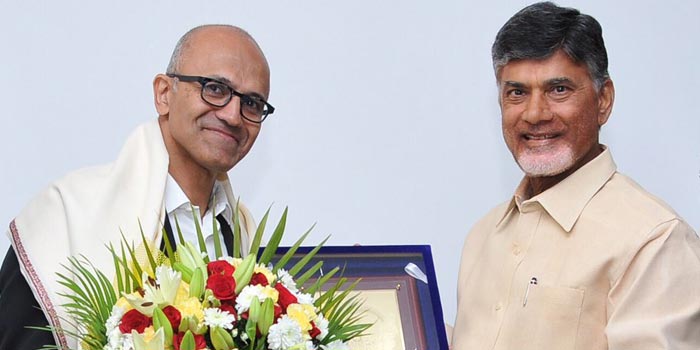 Nadella has promised the Andhra Pradesh administration that Microsoft will offer its complete cooperation with regards to utilization of cloud technology. According to the terms of the MoU, the local government will use technical knowledge sourced from the company. The entity itself is supposed to provide support for a maximum of 3 proof-of-concept (POC) solutions.

These initiatives are to be applied for the Microsoft Azure Machine Learning and Advanced Visualization tools within the e-citizen, education and agriculture sectors. An official release states that these projects will be designed to address particular problems within each field.

The POC solutions will be developed in a lab environment where people gather data, conduct an analysis of the information which has been obtained, and decide policies accordingly. Microsoft has further committed to training IT executives and administrative officers for tools such as the Cloud, Mobility and Microsoft Technology stack.

The Center of Excellence in Visakhapatnam is the latest tie-up between Microsoft India and the Andhra Pradesh government. The two had previously joined hands for the brand’s White Spaces project in India.