After Google declared full support for the Digital India program, Microsoft has stepped forward and announced its decision to set up cloud data centers in the country. The company plans to offer its commercial cloud services including Microsoft Azure and Office 365 from local data centers here by the end of next year.

Microsoft CEO, Satya Nadella, is on his very first visit to India at present. The adoption of public and hybrid cloud services in India is still at a nascent stage in the nation and the company undoubtedly hopes to capture the market while the competition is still at its least fierce stage.

After all, we have been witnessing Microsoft shift its focus from software to devices and services since Steve Ballmer revealed he was retiring back in August 2013. The tech giant claims that revenue from its cloud services in India has expanded by over 100 percent in the past year itself.

Also read: India security market will grow by 8% in the year 2014

Seeing as more than 250 million people in the country have immediate access to Internet-connected devices, there’s obviously a lot of scope for development in this direction. Microsoft’s local infrastructure can offer users data sovereignty, quicker service and geographic redundancy. 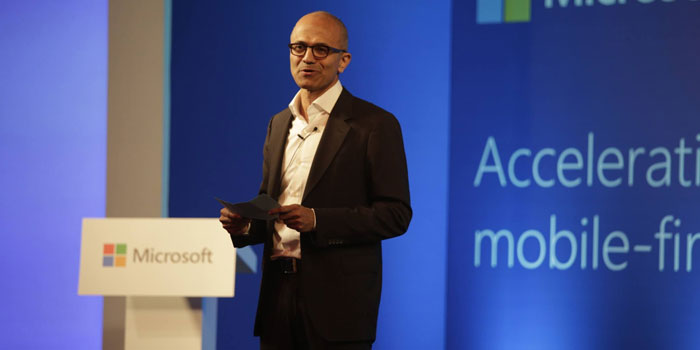 The availability of dependable cloud services in India stands to benefit banking, finance, healthcare and insurance among other connected sectors. With the government directing a massive amount of its energy towards transforming India into an IT superpower, e-governance facilities may also embrace such data centers.

Related post: Government of India and Google working together on PMO app contest

Microsoft has rolled out a Cloud Accelerator Program to assist business customers at different stages of adoption, the details of which can be found here. The company’s partner ecosystem consisting of over 10000 entities will benefit from its local data centers as well.