Microsoft CEO Satya Nadella, is busy trying to pull out his foot that got stuck firmly in his mouth when he started talking about women’s pay in the tech industry during an on-stage interview at the recent 2014 Grace Hopper Celebration of Women in Computing event. Quite frankly, it was the most interesting part of his meandering speech which could have been more succinct at many points.

While being interviewed on stage by Maria Klawe, who serves as President of Harvey Mudd College, Nadella was questioned on the prickly issue of women asking for more pay. He responded by propagating the fear a lot of female employees may already have – that asking for better remuneration would somehow make them appear less appealing to higher-ups. 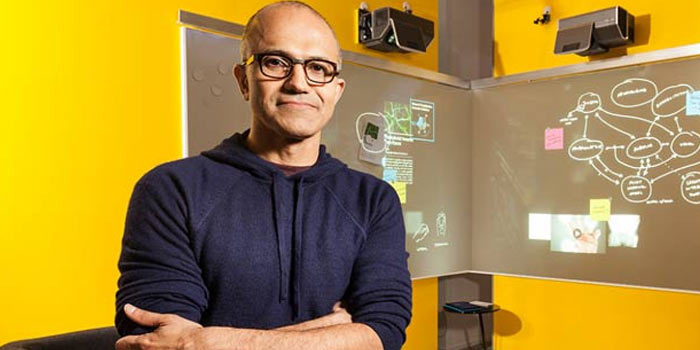 Nadella’s advice went something along the lines of asking women to have faith that ‘the system’ would actually provide them with the appropriate raises as they progressed. He seemed to feel not demanding more money could account for ‘good karma’ and bosses may willingly trust and promote a female employee who doesn’t hanker after what’s due to her.

This take goes against the entire issue of unfair wages for women, and while many social scientists debate the topic with references to statistics and studies, Twitter users offered a more passionate reaction. But before that, Klawe who also happens to be on Microsoft’s Board, very quickly disagreed with Nadella’s opinion.

Following Twitter backlash, the Microsoft CEO could do nothing but send out a PR-oriented tweet talking about his statement not being lucid enough. It doesn’t matter which industry is being examined from women-dominated to gender-balanced to male-dominated jobs, the touchy conversation about male–female income difference still arises.

Was inarticulate re how women should ask for raise. Our industry must close gender pay gap so a raise is not needed because of a bias #GHC14

Not long after baring his stance on women’s pay to the world, Nadella shot off a letter to Microsoft staff saying that he answered the ‘question completely wrong.’ He even tweeted about it and described his reply as ‘inarticulate’ as opposed to completely stupid.