You’d have thought Microsoft had it bad enough what with having to pay a $731 million fine over a browser error; but the company is being sued by a shareholder now. Kim Barovic has filed a lawsuit in federal court in Seattle, Washington, and it alleges that the top management failed to deal with the issue properly.

In 2013, the European Commission which is the European Union’s antitrust authority, fined Microsoft $731 million for monopolizing the browser market in the region. The charge was that the company did not clearly provide Windows users with the information needed in order to access the web with the browser of their choice. 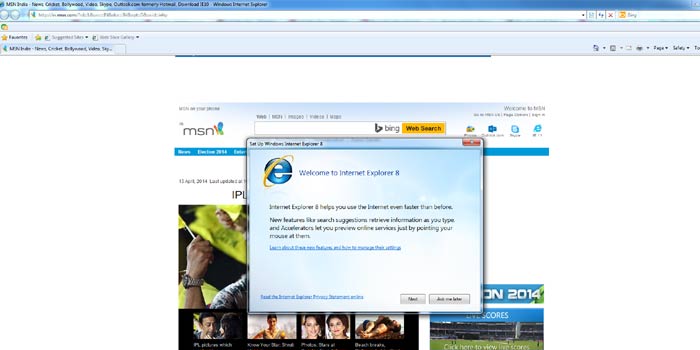 By bundling Internet Explorer (IE) as the default browser, Microsoft was apparently coaxing people to use it and not download rival web browsers. You may say that anyone who doesn’t know they have a variety of browsers to select from probably deserves to access the internet with IE. But the European Commission obviously doesn’t think that way.

Microsoft had signed an agreement in 2009 which said that it would offer Windows users a ballot screen providing a list of alternatives to IE. But in the Service Pack 1 update for Windows 7 software deployed between February 2011 and July 2012, the ballot option did not appear owing to what the company called a technical error.

When the European Commission got wind of it more than a year later, it levied a fine of around $731 on Redmond along with the accusation that 15 million Windows PC users running the upgraded software were not given a choice with regards to the browser they could employ in order to access the web.

The Barovic lawsuit notes that Microsoft founder Bill Gates and former CEO Steve Ballmer did not manage the situation adequately. NDTV points out to the fact that Ballmer and Steven Sinofsky (then head of the Windows unit) both had their bonuses reduced in 2012 owing to the glitch.