Micromax’s Yu Yureka has surely been eating into Xiaomi’s market since January this year, and it wants to continue doing that with its upcoming smartphone that has been codenamed Project Caesar. While taking a dig at the Chinese company through a teaser image, the Indian outfit has gone on to reveal some important specs of this upcoming phone.

As you can see in the teaser image we’ve posted in the space down below, Yu seems to be mocking the newly introduced Xiaomi Redmi 2 handset which comes with a 64-bit Snapdragon 410 chipset onboard, apart from 1GB worth of RAM and 8GB worth of expandable storage. 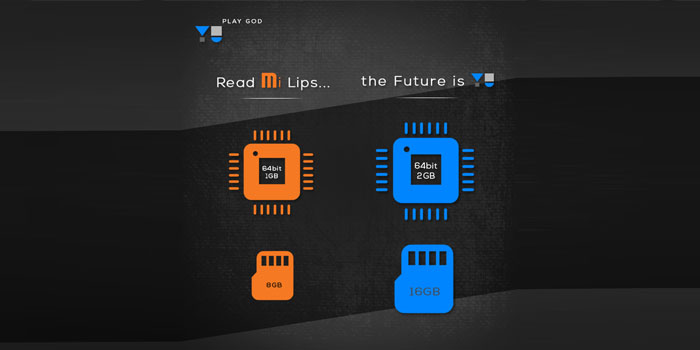 The Micromax-owned brand has revealed that Project Caesar will also come with a 64-bit processor, the chipset of which hasn’t been mentioned. The current Yureka smartphone ships with an octa core Snapdragon 615 CPU, but there is indeed the possibility of Yu opting for a different model this time around.

Furthermore, it has been brought to our notice that the Project Caesar device will feature 2GB of RAM, apart from 16GB of storage. There will most definitely be a microSD card slot present on the handset for further expansions in storage space.

It is rumored that the Project Caesar smartphone from Micromax’s Yu will be introduced during the second half of April. There’s no particular date to look forward to however.