After being made available for purchase through various retailers earlier this month, the Micromax Unite 3 smartphone has now been given an official launch by the company. The handset is priced at Rs 6999 and it comes with Android 5.0 Lollipop out of the box.

The Micromax Unite 3 is being touted with the same features that made its predecessor a great pick. It comes with support for up to 10 different Indian languages and there’s a new tool which allows you to translate messages from English to a different script or the other way around. The phone isn’t much of an upgrade over last year’s model. 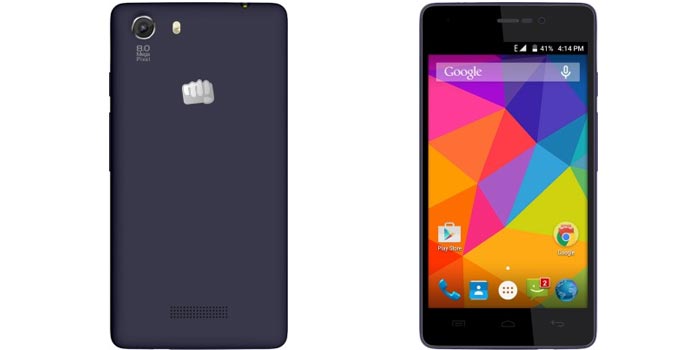 You’d think that the hardware would have been improved somewhat, but that isn’t the case as the components used on the Micromax phone are almost identical to what its predecessor offered. The handset continues to have a 4.7-inch WVGA IPS LCD panel for visuals and it gains steam from a 1.3GHz quad core Cortex A7 processor.

The memory provisions have remained the same as well, with a mere 1GB RAM and 8GB of internal memory. The Unite 3 smartphone comes with microSD support of up to 32GB and it also accepts dual SIM cards. As for connectivity, there’s 3G HSPA+, Wi-Fi, Bluetooth 4.0 and GPS. A 2000mAh battery powers things up and can deliver up to 8 hours of talk time or around 220 hours of standby.

As mentioned above, the Micromax Unite 3 smartphone is already on sale through multiple online retailers.