Google is cooking up a scheme to take over the entry-level Indian smartphone market with its undemanding Android Oreo (Go edition) software. It’s teamed up with a number of local smartphone producers like Intex, Lava, Micromax, and Karbonn to launch phones running the OS.

Android Oreo (Go edition) – Android Go for short – is a simplified version of Android which can run on phones with less than 1GB of RAM. It comes pre-installed with lightweight apps such as Google Go, Google Assistant Go, Files Go, Google Maps Go, YouTube Go, and Gmail Go that take up less space and data.

Micromax is set to be the first to take up the Android Go mantle. FactorDaily reports that the device will be priced at roughly Rs 2000 and come out on January 26 or around that date. Google’s other partners are likely to follow suit over the course of the next few weeks. 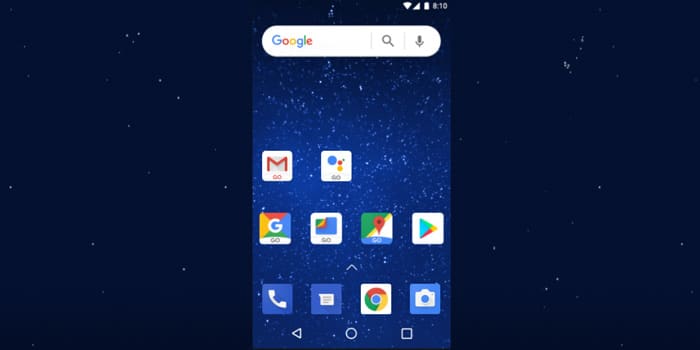 A majority of the Indian handset sector is concentrated on cheap feature phones that promise durability and less data usage as compared to smartphones. Google is trying to shake that up with Android Go since Indian manufacturers will be able to sell its wares at feature phone rates without compromising on performance.

Plus, it’ll allow domestic vendors to claw back market share from Chinese rivals who are currently dominating the Indian smartphone segment. A senior executive at an Indian OEM said as much, noting that the latter group was not actively looking at the base of the pyramid.

The base of the pyramid is exactly where most of India’s phone population stays though, as evidenced by the continued popularity of feature phones. Even Reliance Jio tried to tap into that market with its ‘Rs 0’ JioPhone. The company is reportedly joining the Android Go brigade as well since KaiOS doesn’t have a strong app ecosystem to back it.