Micromax recently unveiled the company’s new Smart LED TV range, a step away from its usual lineup of budget smartphones. The Android-powered Smart LED TVs are available in three display sizes – 32-inch, 40-inch and 50-inch. Each variant has more or less similar features with a difference in price.

The Smart LED TV range functions on Android 4.4. It has the MSTAR quad core CPU with Cortex A7 cores. This is supplemented by 1GB RAM and 4GB memory which can be expanded using an external HDD. The TV has a viewing angle of 178 degrees, a full HD display and a refresh rate of 60Hz. Its Quick Boot technology allows it to boot 80% faster, as claimed by Micromax. 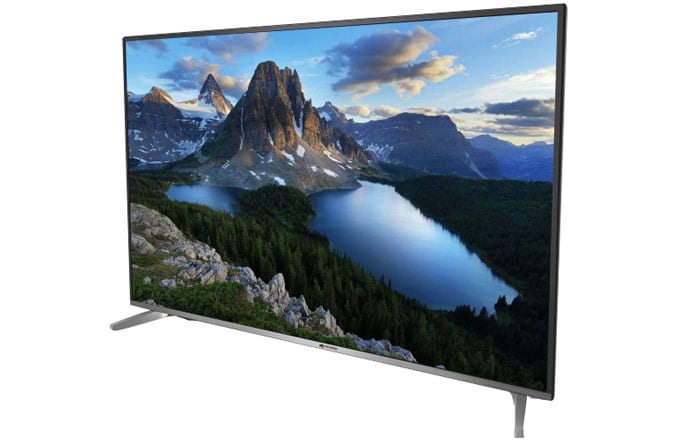 What makes this LED TV smart are the smartphone apps provided by Micromax to control the TV using your handset. The M! Screen app turns your phone in a TV remote with which you can monitor the controls. A trackpad app, the M! Connect, is also being offered. Both these applications function with the help of the in-built Wi-Fi system.

You can connect your smartphone to the Smart LED TV using Miracast which allows your device screen to be mirrored on the TV. This feature also enables you to share photos and videos from the handset on the TV. Avid gamers can use Miracast hook up their gadget screen with the TV while playing Android games.

Another sharing feature in this TV is Homeshare using which you can share multimedia between registered members of the Home group. You can watch TV from your phone using these options. The Smart TV comes pre-loaded with Google Play Store and the home screen displays frequently visited apps.

Let’s take a look at the broad specifications of the Micromax Smart LED TV: