The Micromax Ignite LPQ61 has been launched in India as the first entry in the brand’s new series of affordable laptops aimed at first-time notebook buyers. It’s also announced a separate Alpha lineup as well which will also focus on the budget segment.

The new Micromax Ignite LPQ61 has been slapped with a Rs 18990 price tag. The company has decided to vend it exclusively via Flipkart starting from 25 July. It’s part of a new push on the brand’s part to cater to the mass market of Intel Core i3 and Pentium processors which combined account for the majority of laptop purchases. 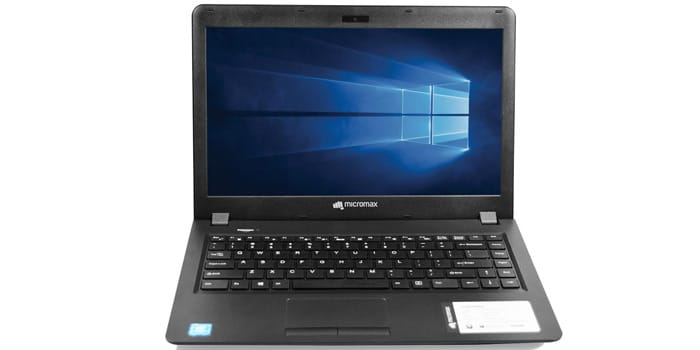 As such, the Ignite LPQ61 is powered by a 1.6GHz quad-core Intel Pentium N3700 SoC which offers speeds of up to 2.4GHz in burst mode. The CPU is aided in its tasks by 4GB of LPDDR3 RAM. It further comes equipped with a fairly large 1TB HDD for a user’s storage requirements, a major highlight for its cost.

The Micromax offering carries a 14-inch IPS LED-backlit screen which showcases its visuals in a resolution of 1366 x 768p. It runs on Windows 10 out-of-the-box and gets its fuel from a 4500mAh battery. The notebook can also conduct video chats via its 1MP HD Webcam.

Here’s a quick roundup of the main specifications of the Micromax Ignite LPQ61:

The Micromax Ignite LPQ61 is available in a black color variant. Like we said above, you can snap it up via Flipkart priced at Rs 18990.