The Micromax Funbook P600 price has been pegged at Rs. 9,499, adding to the pile of 7-inch tablets in the Indian region. Although the slate hasn’t yet arrived on the company’s website, it can be seen displayed on some of the online shopping thresholds.

With its TFT capacitive touchscreen display, the Funbook P600 allows viewing pictures and videos at a resolution of 480 x 800 pixels. The device may not be a desirable option for keen photographers, seeing as it manages to pack only a 2MP camera on the flip side. 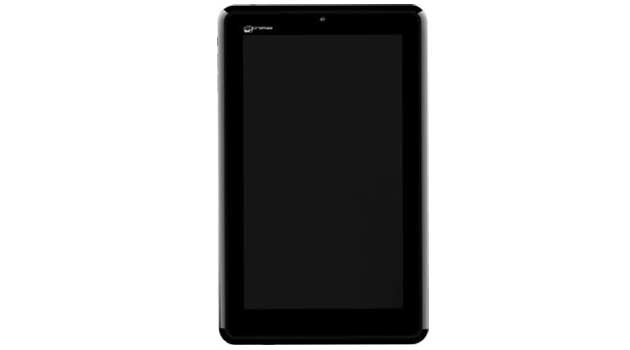 It rocks Android Ice Cream Sandwich out of the box. This means the manufacturer might have to move fast considering that some of the OEMs have begun selling Jelly Bean-powered slates at a much cheaper rates. The Lava Etab Xtron can be considered as one of the examples.

A 1GHz dual core Cortex A5 processor furnishes the device with the speed needed for carrying out various activities such as downloading, browsing, sharing content and so on, together with 512MB of RAM. This brings us to the inbuilt memory provided; its internal storage capacity amounts to 4GB, whereas the overall space can be expanded up to 32GB via a microSD card. 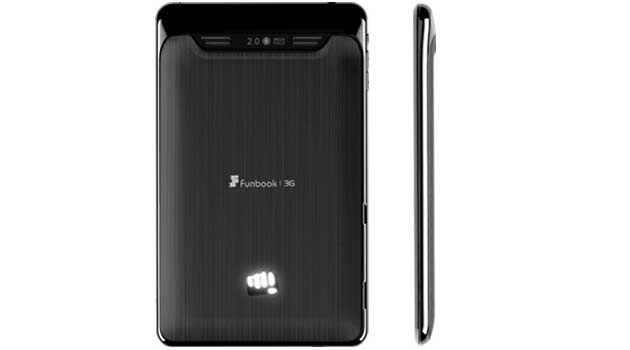 No details have been given out concerning the exact power of the battery, but we do know that it is of the Li-polymer type. Users could expect 10 hours of talk time or 224 hours of standby. With respect to activity time derivable while browsing the Internet, people could look forward to 4 hours of usage at a stretch.

For those who feel that the Micromax Funbook P600 fits their demands will find it put up on sale with e-retailers such as Flipkart and Snapdeal. Moreover, the latter offers customers the choice to purchase the tablet on EMI basis by paying Rs. 1,583 or Rs. 3,166 monthly for 6 or 3 months, respectively. 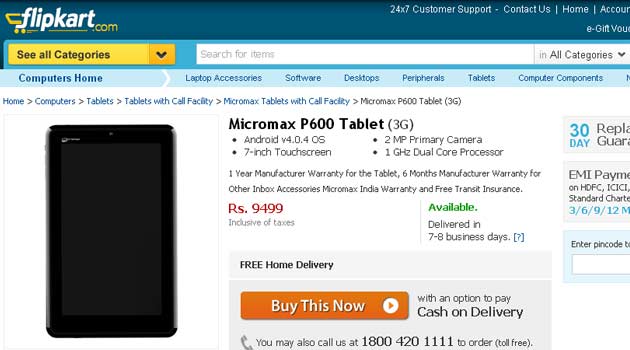 In short, the tablet exhibits the specifications that have been listed below: