The Micromax Canvas Spark 2 has been announced and will be vended exclusively through e-commerce site Snapdeal priced at Rs 3999. It’s set to be available via a flash sale taking place on September 30 at 12 pm.

Registrations for the Micromax Canvas Spark 2 begin from September 23 at 10 am. The handset has a standard set of specs for the entry-level segment. It sports a 5-inch IPS FWVGA (480 x 854p) display and runs on Android 5.1 Lollipop. It’s powered by a 1.3GHz quad-core processor and an 1800mAh battery. 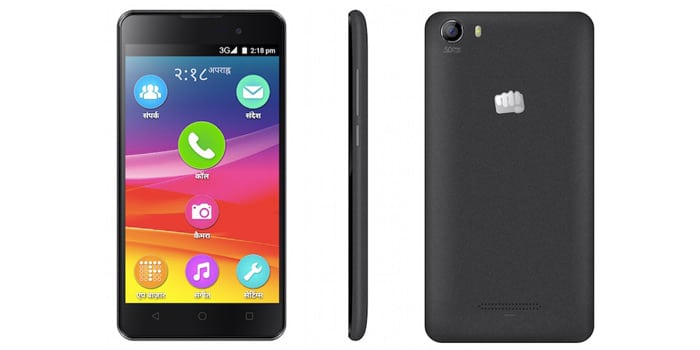 The brand is promising the latter can keep afloat for up to 324 hours in terms of standby time. The dual-SIM Canvas Spark 2 contains 1GB of RAM and 4GB of internal space, expandable up to 32GB via a microSD card slot. Coming to its camera capabilities, it houses a 5MP fixed-focus rear lens and a 2MP front-facing snapper.

Connectivity options include Wi-Fi, Bluetooth and 3G. Micromax is promoting the smartphone under the Make in India initiative as a large amount of units were assembled in an Indian factory. It has equipped the device with a Firstouch language feature which lets users search their contacts, take pictures and play music straight from the home screen in their preferred dialect. 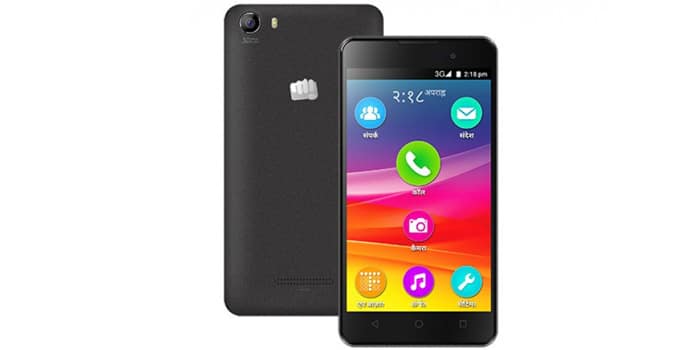 A neat look at the specifications of the Micromax Canvas Spark 2:

The company is probably hoping the Micromax Canvas Spark 2 is as successful as its predecessor, which sold over 500000 units within 2.5 months. The older model costs Rs 4999 and carries a smaller 4.7-inch screen, but has 8GB of ROM, an 8MP main camera and a 2000mAh battery.