As expected, the mystery smart device has been unveiled as the Micromax Canvas LapTab which is quite an awkward name for a Windows hybrid. Well, it does offer a precise description of what the new launch exactly is – A tablet which can also be used as a laptop.

The Micromax Canvas LapTab isn’t the first hybrid device from the company. Just last year, the OEM came up with a similar device carrying the very same branding. But the difference is that the previous model never made it to the market and its dual boot approach which offers Android and Windows was to blame. 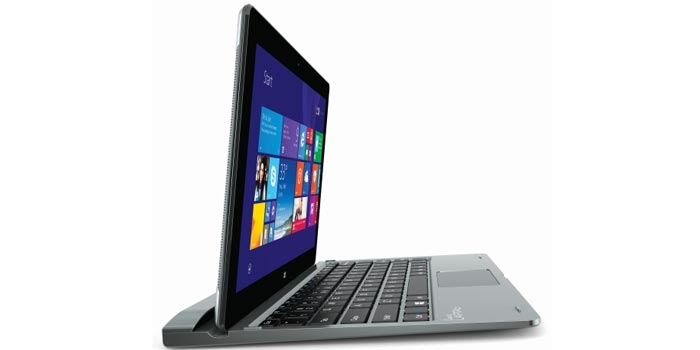 Well, Micromax has tweaked the design and dumped Google’s mobile OS in the latest release. The tablet portion features a 10.1-inch display of 1280 x 800 pixel resolution. And it’s powered by a 1.33GHz quad core Intel Atom processor which is standard for most budget-minded Windows 8.1 devices. On the inside, there’s 2GB RAM, a 32GB flash drive and a microSD card slot for expansion.

Since we’re on the topic of memory, you’ll also be getting 100GB of free cloud storage via OneDrive for an entire year. The Micromax Canvas LapTab has a 2MP camera on the front and rear, 3G connectivity and a 7700mAh battery which can deliver around 10 hours of usage. For a full laptop-like experience, a keyboard dock is being offered which also packs a trackpad.

The Micromax Canvas LapTab will be available exclusively through Amazon from May 6 at a price of 14999.