A new Micromax Canvas Hue 2 handset has just arrived on the block, and is being sold in India through retail shops as well as online channels in exchange of Rs 12499. Just like its predecessor the Canvas Hue which was launched back in January this year, this device too opts for a 5-inch AMOLED display bearing HD resolution.

That being one of its main highlights, another headliner is its 5MP front-facing camera which is surely something selfie enthusiasts will relish. Moreover, the Micromax Canvas Hue 2 also carries onboard a 13MP main camera which sits on its rear surface, just beside an LED flash. This is a welcome upgrade over the camera setup of its precursor. 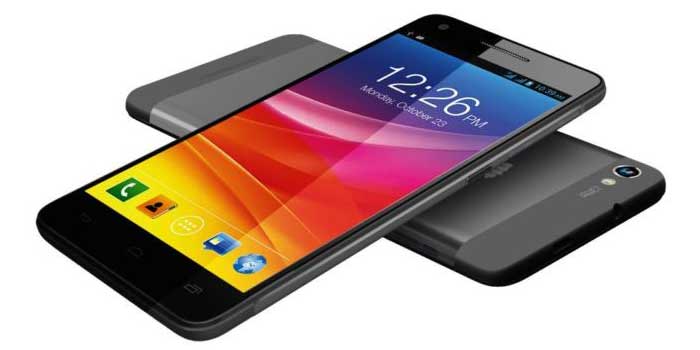 This 3G smartphone ships with a 1.7GHz quad core MediaTek MT6582 processor which is assisted in its operations by 2GB worth of RAM. Furthermore, the Canvas Hue 2 features a microSD card slot as well, over and above the 16GB of stock storage space that’s offered with it.

A neat look at the specs of the Micromax Canvas Hue 2:

This Micromax handset reportedly boasts of a thickness of just 7mm. It unfortunately runs the Android 4.4.2 KitKat OS, and there’s no word on whether or not it’s eligible for a Lollipop upgrade in the future. Powering the device from within is a 2000mAh battery pack.

The Micromax Canvas Hue 2 is being sold by a seller on eBay at Rs 12499. Mumbai-based retailer Mahesh Telecom has revealed that its official price is Rs 17999, but it bears an MOP of Rs 12499.