The Micromax Canvas Evok has just gotten announced in India and is all set to hit e-commerce site Flipkart on May 17. The brand is looking to target young working professionals with the new offering, hoping that the combination of its low Rs 8499 price tag and decent specs attracts potential buyers.

Diving into its specs, the dual-SIM Micromax Canvas Evok comes with a 5.5-inch IPS 720p display which outputs a pixel density of 267ppi. The phone is powered by an octa-core 1.4GHz Qualcomm Snapdragon 415 processor. The SoC is aided in its tasks by an Adreno 405 GPU and 3GB worth of RAM. 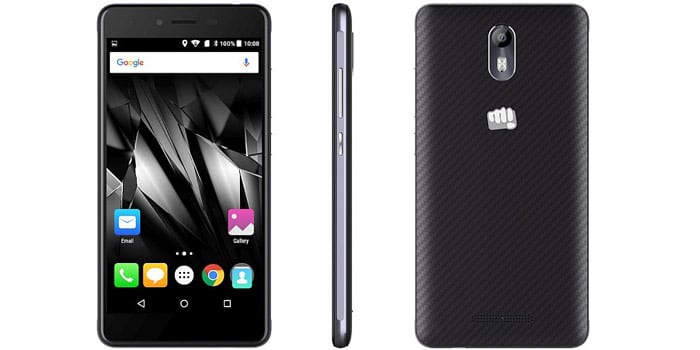 Micromax has fitted the smartphone with a fairly large capacity 3000mAh battery to keep its engines running. The device additionally runs on Android 5.0 Lollipop, a disappointment considering the fact that some of its cheaper phones run on Marshmallow now.

As for its photography capabilities, the Canvas Evok houses a 13MP autofocus rear snapper accompanied by 5P Largan lens and dual-LED flash. Even the phone’s 5MP front-facing snapper is paired with an LED flash unit, useful for pictures taken in low-light environments.

A rapid-rundown of the main specifications of the Micromax Canvas Evok:

Like we said above, the Micromax Canvas Evok will be available on May 17 at Rs 8499 via Flipkart.