The Micromax Canvas Duet AE90 has been spotted online at a couple of retailers selling for under Rs 10,000 with dual SIM support and Android Jelly Bean. The smartphone is yet to receive official recognition from the Indian OEM, but it can anyway be purchase ahead of launch through either eBay or Infibeam.

A seller on eBay is charging Rs 9299 for the Micromax Canvas Duet AE90, albeit you can get it for a bit cheaper on the latter retailer where it’s available at Rs 8999. Like we mentioned earlier, the smartphone runs on Android Jelly Bean, but not version 4.2. Instead, it comes preloaded with version 4.1 and we highly doubt that it would get updated to a newer release. 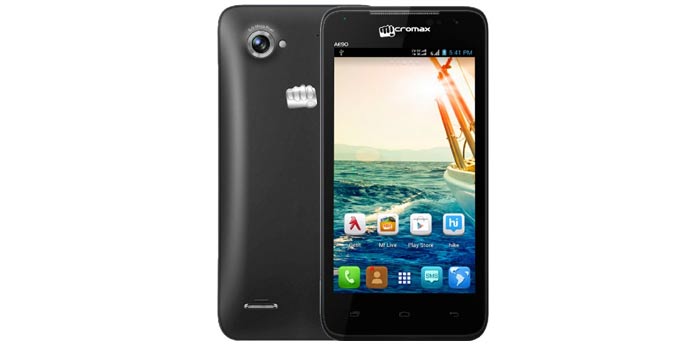 This new Micromax smartphone comes with a 4.5-inch qHD display and it’s powered by a 1.2GHz quad core processor of unknown make. Even with an 1800mAh battery onboard, the phone can only squeeze out 5.5 hours of talktime or up to 150 hours of standby. On the bright side, it offers an entire gigabyte of RAM.

Dual SIM support is also onboard, but with one slot supporting GSM networks and the other being CDMA compatible only. For storage, there’s 4GB of flash memory and a microSD card slot, while connectivity options include Bluetooth 3.0, Wi-Fi 802.11b/g/n and GPS.

If you’re interested in the Micromax Canvas Duet AE90, you can get it through Infibeam or eBay at the aforementioned prices.