The Micromax Canvas Doodle 4 has been given an official launch in India, after being put up for sale by a couple of retailers. The Canvas Doodle 4 is tagged at Rs 9499 which is slightly higher than the rate of Rs 9199 being asked for it by a seller on eBay, yet lower than Rs 9999 which was suggested by another vendor.

While almost everything about the Micromax Canvas Doodle 4 is already known, there have been a few contradictory details from various sellers. We can now confirm that the smartphone will have a 6-inch IPS display with Gorilla Glass 3 and the panel will proffer qHD 960 x 540 pixel resolution and not 720p HD visuals. 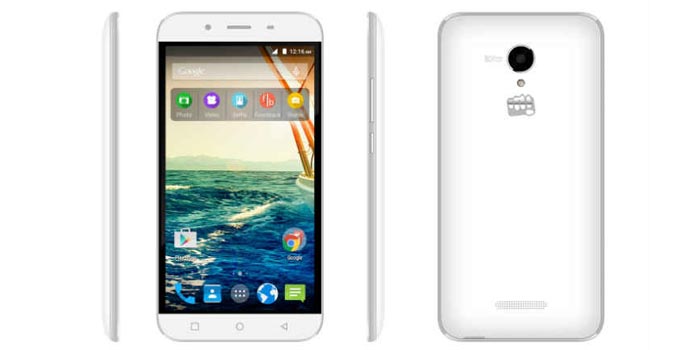 This obviously is very disappointing mainly because the majority of devices in the same retail bracket offer an HD display. Also, qHD resolution doesn’t really do justice to the large touchscreen. Adding to the discontent, Micromax has decided to skip on a stylus for this handset as well. If so, why was the OEM touting the device as the ‘Doodle’ accompanied by teasers showing sketches when it isn’t going to offer pen support?

While you try to figure that out, the disappointing news continues as the Canvas Doodle 4 offers mediocre hardware like 1GB RAM and 8GB storage. On the upside, there’s Android 5.0 Lollipop aboard along with a large 3000mAh battery. The Canvas Doodle 4 also has dual SIM card slots and 3G connectivity.

The Canvas Doodle 4 will have to face tough competition, especially from the number of mid-range phablets already present in the Indian market.