The Micromax Canvas 6 and Canvas 6 Pro have been launched at an event in India, making their debut alongside a bevy of new phones, TVs and tablets. The brand also took the opportunity to unveil its new logo.

The occasion saw the announcement of 19 new gadgets such as the Bolt Supreme, Bolt Supreme 2, Bolt Q381, Canvas Mega 2, Canvas Unite 4, Canvas Spark 2+, and Canvas Evok. The Micromax Canvas 6 and Canvas 6 Pro are set to be the first to come out in India, with the latter already up for pre-orders and the former to follow suit soon. 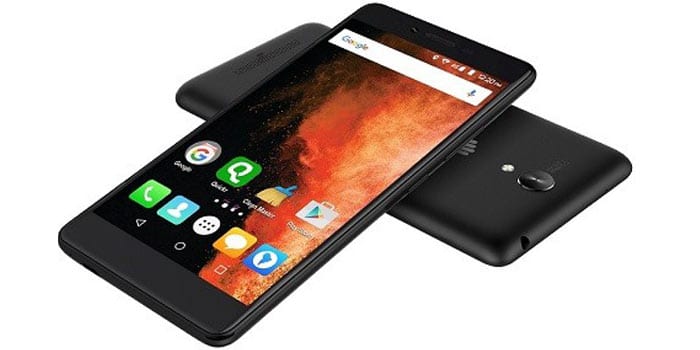 Both phones are priced at Rs 13999, instantly making the two competitors in an already overstuffed market. Diving into the features of the Canvas Pro 6, the handset gets its engines running with the help of a 3000mAh battery which is supposed to last for 337 hours of standby time and 9 hours of talk time.

The Micromax offering displays its visuals through a 5.5-inch full HD screen which is protected by a layer of Gorilla Glass 3. Its operations are conducted through an octa-core 2GHz MediaTek Helio MT6795m processor. In terms of memory, it features 4GB of RAM and 16GB of internal room.

A 13MP camera graces the back of the Canvas 6 Pro. The unit is accompanied by LED flash, 5P Largan Lens and PDAF to focus on photos within 0.10 seconds. The handset’s 5MP selfie shooter has been equipped with 4P Largan Lens and an 85.7-degree wide-angle lens to squeeze in more friends into a snap.

As for the Micromax Canvas 6, the smartphone is set apart from the Pro version by its all-metal body, fingerprint sensor, 32GB of ROM, 3GB of RAM, and 8MP front-facing camera. The latter is now up for pre-orders via the company’s site and will hit availability on April 20.