Home Other Brands Micromax Canvas 4 can now be pre-booked at Rs 5,000

The much teased Micromax Canvas 4 still remains a behind veil, but its maker has gone ahead and done something to slightly curb the high level of anticipation surrounding the fourth-generation smartphone from the much popular range. Interested patrons can now pre-book the device through the official Micromax website, by coughing up a Rs 5,000 amount upfront.

The balance amount for the phone will be revealed on July 8, which we’re assuming to also be the date on which it will finally be unveiled. If in case customers decide against buying it when the retail value and specifications are out, the entire booking amount will be refunded to them. Also, there’s a contest in tow, under which, 10 lucky pre-bookers will be getting to attend the exclusive unveiling event where they will be presented their handsets. 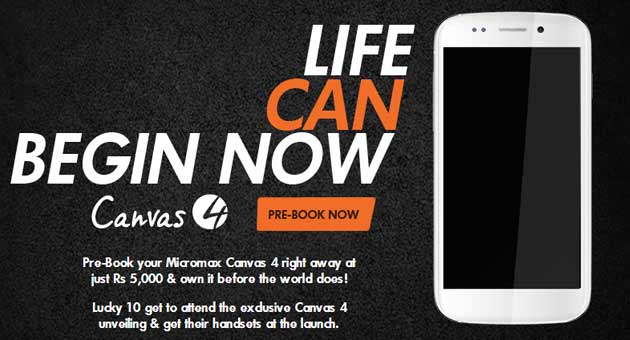 About the attributes which the Micromax Canvas 4 packs in, the company has been mum from the start. The only confirmed feature is a 13MP camera which sits on its rear surface next to a flash. Android Jelly Bean will of course be the OS of choice here, and it won’t be foolish to expect the 4.2 version of it to make its way onto the device. Buzz is also pointing towards the adoption of an octa core processor, as hinted at by a teaser video which was released by the company recently. An HD screen is most likely to be sported by it. 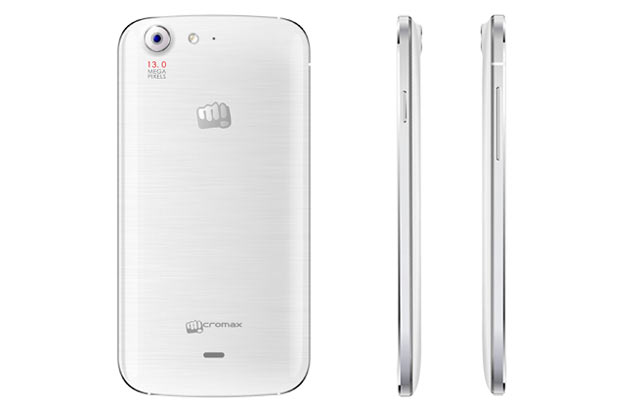 The much-in-demand series of these phones has already received a number of other devices that have taken markets in India by storm thanks to their high-end specifications offered in low-price packages. Earlier this year, we had seen the first HD smartphone from the range hitting the block, following which a 3D screen-equipped model also came to the fore. And recently, an enhanced version of its second-generation model was unveiled as well.

The Canvas 4 can be pre-booked now through the company’s official website.