The Micromax Bolt D303, the latest member of the company’s budget smartphone series, has been launched in India at a price tag of Rs 3499. The device’s main selling point is its keyboard, which allows users to translate and transliterate text with a swipe.

The feature was first seen in the mid-range Unite 3. The brand’s decision to include it in the lower-end Micromax Bolt D303 seems like a good choice, and positions it as an accessible device that caters to speakers of over 10 regional languages. 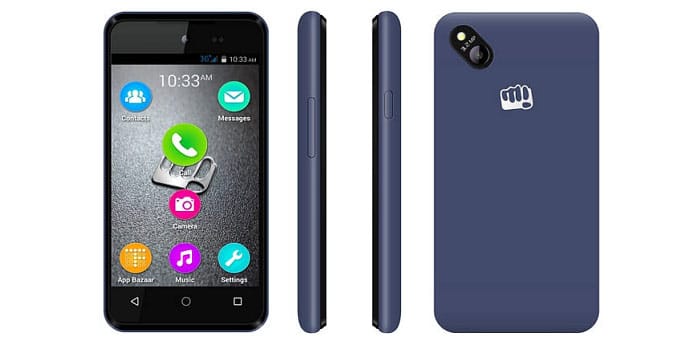 The Bolt D303 is sufficient in terms of specifications for an entry-level phone. It has a 4-inch WVGA (800 × 480p) screen and contains Android KitKat 4.4. It’s powered by a 1.3GHz dual-core processor and a 1300mAh battery, which is supposed to provide 4.5 hours of talk time and 245 hours of standby time.

On the memory front, the Micromax phone has 512MB of RAM and 4GB of internal space, which can be expanded up till 32GB. It features a basic 3.2MP fixed focus rear camera and 0.3MP front lens. It’s a dual-SIM handset that can be connected through 3G, Bluetooth 4.0 and Wi-Fi.

Here’s a look at the specs of the Micromax Bolt D303:

The Micromax Bolt D303 is aimed at Indian consumers who want a no-fuss device that allows them to use a smartphone in the language they’re most comfortable in. If they want a handset with better specs, they could even opt for the Intex Cloud N, which costs Rs 3703 and has Android 4.4.2 KitKat, an 8MP camera, 1GB of RAM, a 1.2GHz quad-core CPU, 8GB of internal space and a 1400mAh battery.