Micromax has wrestled Samsung to one spot below it in order to steal the crown as India’s leading mobile phone brand in Q2 of this year. The homegrown company has been trying to topple Samsung for a very long time and even took the second place amongst the three biggest mobile brands in the country around the same time in 2013.

Samsung either didn’t understand or didn’t want to serve the affordable handset bracket in India until recently when it clearly panicked and released the Galaxy Star 2, Ace NXT and Star Advance here. It’s still got brand reputation to depend on, but it allowed Micromax to grow into the monstrously huge entity it is today and has now given up its Number 1 spot too, according to Counterpoint Technology Market Research. 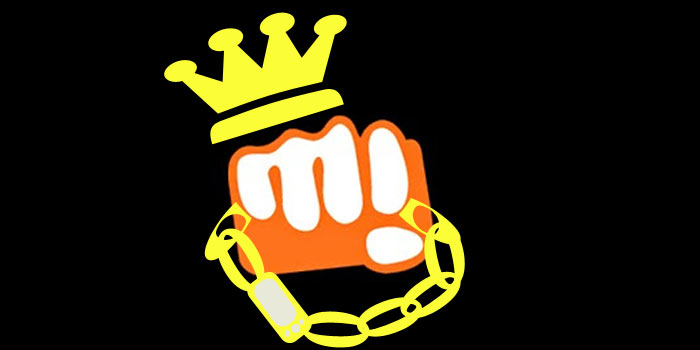 The smartphone segment in India enjoyed a 2% annual growth and smartphones on the other hand, witnessed a 68% rise in demand from customers. Homegrown manufacturers boasted of delivering two-thirds of the total mobile phones sent out to consumers out of which more than half consisted of smartphones.

Micromax managed to pull in 19% of the share when it came to the Indian smartphone market and 17% with regards to overall cell phone units shipped in the months of April, May and June of 2014. What’s more, the company even beat Nokia to the feature phones game in this quarter.

And it has yet more to be proud about with Counterpoint noting that Micromax is presently the world’s tenth biggest handset brand if mobile phone shipment volumes are taken into account. It can add when you consider that India is the second largest cell phone market on the planet. 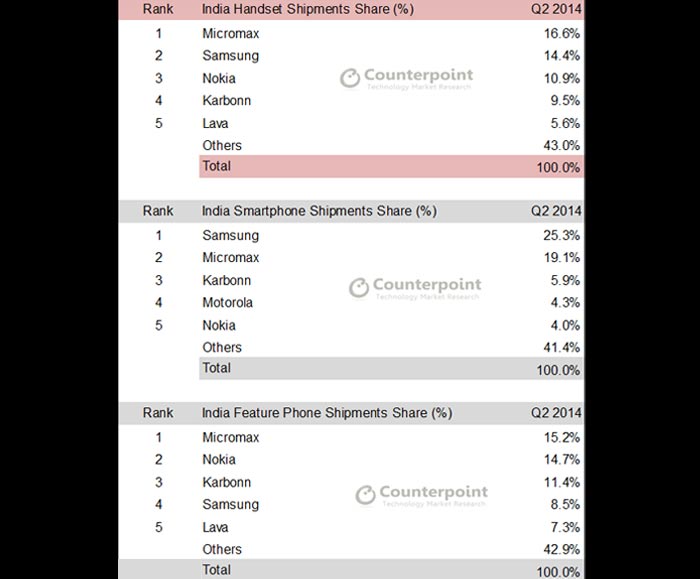 And for more unsurprising stories besides Micromax winning the belt from Samsung, Lenovo-owned Motorola elbowed its way to fourth place in the Indian handet shipments list thanks to its successful run with the wallet-friendly Moto lineup.