Micromax has a rather decent mid-range device up its sleeve and the phone that is called A200 has been leaked in advance on the internet. A picture of the gadget as well as its specifications have been tweeted by a well know source, but of course, no official details have been let out as yet.

A Twitter handle that goes by the name of @MMXNewscaster that has leaked a lot of information about multiple Micromax phones, is the source of this news. According to this account, the A200 is a big smartphone with a 4.7-inch touchscreen placed on its front panel. It is said to be capable of rendering visuals in HD resolution and as a Corning Gorilla Glass 2 film has been reinforced on top, you can bid goodbye to unwanted scrapes and scratches. 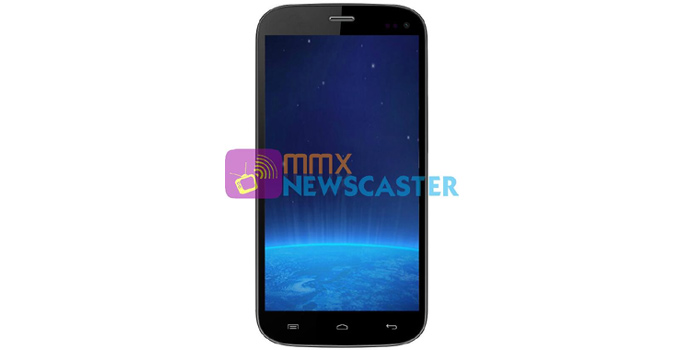 Like the Canvas Turbo, the front side of the device plays host to a 5MP camera for video conferencing and selfie-taking purposes. And on the flip side, you will find an 8MP snapper that should bring all the common attributes. The smartphone is likely to have 4GB of onboard storage and it should be expandable further.

On the performance front, the upcoming Micromax contender appears to be pretty good considering that a quad core processor ticking at 1.3GHz rests under the hood along with 1GB of RAM. Also, a 1800mAh lithium-polymer battery will power it up from within. And all of these components are crammed within a chassis measuring 7.9mm in thickness.

The Micromax A200 is yet to go official though.