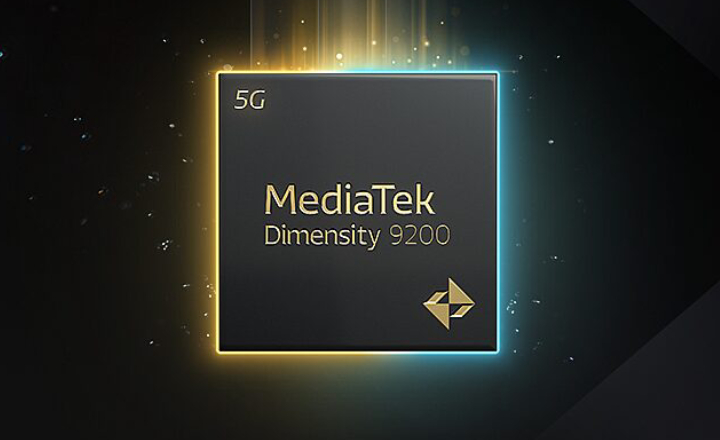 MediaTek has just announced the new Dimensity 9200 chip, which is all set to power flagship Android smartphones of 2023. The new SoC is built on TSMC’s second-gen 4nm process, adopts Arm’s new Cortex-X3 and Cortex-A715 cores, and also offers ray tracing support, among other things.

The octa-core processor at the heart of the MediaTek Dimensity 9200 chip consists of one 3.05GHz Cortex-X3 core, three 2.85GHz Cortex-A715 cores, and four 1.8GHz Cortex-A510 cores. While the Cortex-X3 is known to offer a 25 percent jump in performance, the Cortex-A715 delivers a 20 percent boost.

These aren’t the only firsts for this new silicon. It’s the first to adopt the fastest-ever smartphone memory standard – the LPDDR5X-8533. And it’s also the first to grab UFS 4.0 + MCQ support for ultra-fast transfer speeds. Moreover, it’s the only chip in the market to feature Wi-Fi 7 support.

Phones running the Dimensity 9200 will be able to offer 240Hz refresh rates on FHD resolution displays or 144Hz on WQHD displays. Even 5K resolutions are possible if the refresh rate stays locked at 60Hz. Visuals are being handled by the new Immortalis G715 GPU from Arm, which boasts Vulkan 1.3 support and ray tracing.

MediaTek has equipped its new silicon with its sixth-gen APU 690, which can offer up to 35 percent faster and 45 percent power-efficient performance compared to its predecessor. An upgraded Deep Learning Accelerator (DLA) also makes its way into the chip.

As for its camera capabilities, the Dimensity 9200 ships with the new Imagiq 890 ISP, which can support sensors of up to 320MP. Moreover, the chip even supports native RGBW capture.

MediaTek tells us that devices powered by the Dimensity 9200 will start arriving by the end of this year. Rumor has it that this phone is the much-leaked Vivo X90.