Maxx Mobile is going to drown us in a pile of 17 new handsets including 9 smartphones within the next few weeks, talk about batting for quantity over quality. But we’re not surprised because the company does this now and then, having launched 15 gadgets in August 2013 and 26 devices in January 2014.

And get this, the Maxx Mobile smartphones will carry price tags reading anything between Rs 2000 and Rs 6000. The ones pegged from Rs 2000 to Rs 3500 will reportedly be aimed at people upgrading from basic handsets and certain models will be sold only through online retailers. Well, if Celkon can manage an Android KitKat option for Rs 2999, this sounds doable too. 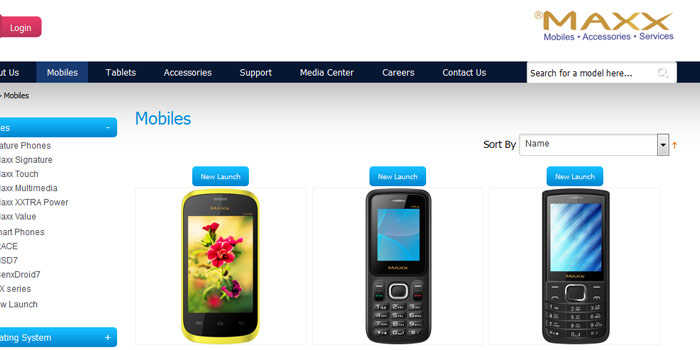 Maxx Mobile wants to break that and introduce an Android smartphone for an amazingly low rate of Rs 2000. The brand hopes to earn Rs 3600 crores in revenue this fiscal year with the new launches, Rs 3000 crores over the 2013 to 2014 period. The 8 Maxx feature phones which will also be released soon may grab costs even below Rs 2000, according to us.

The devices priced between Rs 3500 and Rs 6000 are intended for folks looking to move onto better technology. Or as good as it can get when you pay Rs 6000 or less for it and trust Maxx Mobile to give you your money’s worth. Just in case you don’t like any from the hoard, we’re sure the company will unleash a similarly huge wave of phones in the near future.

It goes without saying that brands like Maxx Mobile should be gearing up to feel the heat of the competition when Google launches its very first Android One smartphone in India this October. And then all bets will be off unless you’re a big enough player to withstand the rivalry.