Will someone please tell Maxx Mobile that Maxx AXD11 GenxDroid7 is a name consumers would forget in a blinking even if the phone is priced at just Rs 3890 and they really want to buy it? The company apparently has no one with enough common sense to advise it not to brand handsets with monikers most folks wouldn’t remember if you put a gun to their head.

Carrying on, the moronically named Maxx AXD11 GenxDroid7 has a 4-inch display proffering 800 x 480p resolution visuals. It gets its steam from the outdated Jelly Bean version of Android and merely 512MB of RAM. There’s 4GB of in-built space as well as a card slot for pushing the hoarding room up by another 32GB. 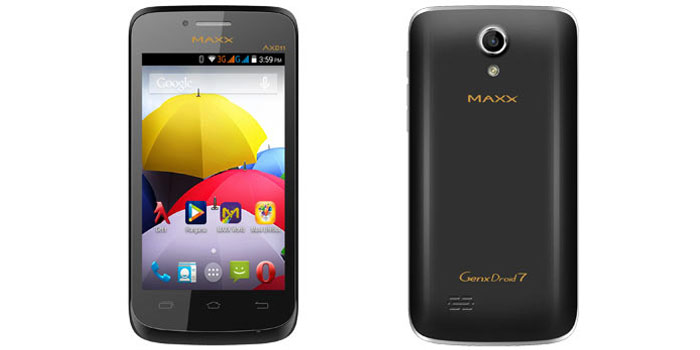 For nearly Rs 4000, Maxx Mobile could have put 1GB of RAM inside or at least, Android KitKat. The company’s not big on software updates after all and it’s always good to make potential buyers feel like they’re getting a decent deal for the money they’re paying. We’ve listed down the rest of the main specs granted to the GenxDroid7. 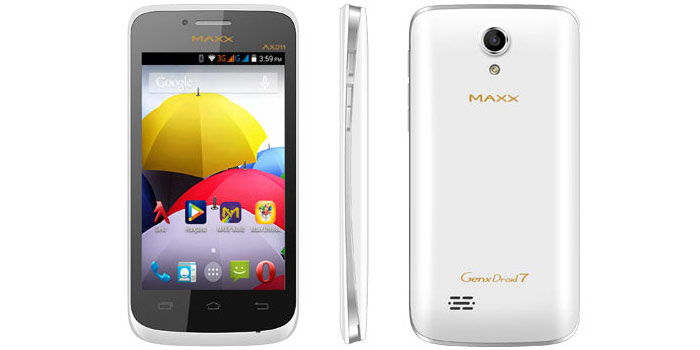 Thank goodness this is the final time we have to mention the Maxx AXD11 GenxDroid7 – it’s available on Infibeam right now and is likely to reach other sales channels sooner than later. Arriving with a 16GB microSD card in tow, the handset is out in two standard color options of black and white.