Marc Ecko Entertainment in collaboration with Showtime Networks declared the details of the forthcoming videogame for iPhone- “DEXTER”. It is based on the popular TV series. Icarus Studio will be the developer of the game. 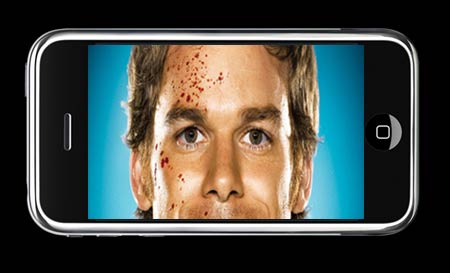 The TV series Dexter is an adaptation of a series of novel of the same name by Jeff Lindsay. It was first adapted by Showtime Networks in 2006. The story revolves around the protagonist Dexter Morgan, who is a forensic blood spatter analyst for the Miami-Metro Police Department. But he leads a secret life that of a serial killer. He punishes the wrongdoers who have not met the correct justice.

Marc Fernandez, Vice President of Marc Ecko Entertainment remarked “I am so excited to have Icarus Studios on board to develop the DEXTER iPhone game,” and he further added “From the second we began this project we wanted to throw everything we had at it, that’s exactly why we wanted Icarus Studios as a partner – a 100 person plus developer focusing their technology on making the DEXTER game the best it can possibly be.”

“DEXTER is a fresh and cutting edge series with elements that are perfect for a handheld videogame, so we are thrilled by this opportunity,” commented James Hettinger, CEO of Icarus Studios. “We are also extremely pleased to be working with Marc Ecko Entertainment and Showtime on this project. They are masters of entertainment and brands, so we could not be in better hands.”

The iPhone videogame is an investigative, mystery & problem-solving game. The players will have to put on their thinking caps, analyze & collect evidences. Also just like Dexter, the player has to decide which kind of justice will fit in the situation- justice according to the court or by the “Dark Passenger”. The main aim of the game is based on the code of Harry that is to punish the guilty, preserve the Mask & most importantly, don’t get caught! The game is in the development stages with Icarus Studios, a leading provider of white-label massively multi-player online games, virtual worlds.