A spanking new Apple iPhone 6 smartphone allegedly exploded in Gurgaon, forcing the owner to lodge an FIR (First Information Report) with the police. Kishan Yadav was in his car on MG Road, and talking to a friend on the smartphone when he noticed sparks flying from it. Since the device’s temperature had risen considerably too, he threw it out of the vehicle, only to see it explode within seconds.

Yadav claims that his iPhone 6 was still on the call and the battery charge was approximately 70 percent when this happened. The restaurateur says he was lucky enough to escape without any burn injuries since he was using it in the hands-free mode. 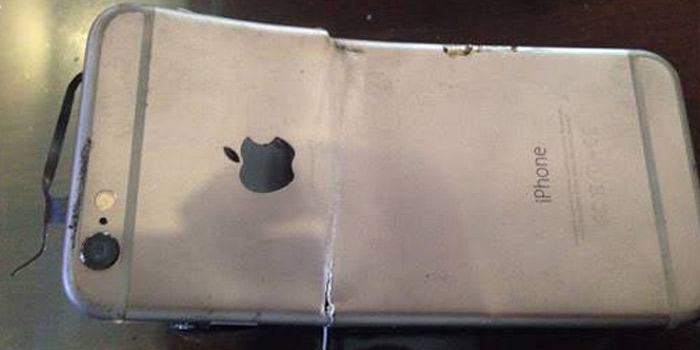 The exploding unit was reportedly just two days old, and therefore unlikely to have been damaged due to routine wear and tear. According to TOI, Yadav filed the FIR after he took it to an Apple customer service center and was asked by the staff to leave the iPhone 6 with them for further investigation.

Also see: LG G3 handset explodes and burns a hole in a mattress

The device was purchased from a mobile store located in Galleria market. It was a 64GB capacity, gray colored unit which cost Rs 60000. It’s the first time ever that India is witnessing a case concerning an exploding iOS device. In the US, there have been incidences of the iPhone 6 as well as the iPhone 5C catching fire similarly. But it’s not just restricted to Apple handsets.

Even Samsung has faced unwelcome publicity, with a couple or more Galaxy phones having made the headlines over the years in this regard. In December last year, a Reddit user uploaded images of his sister’s LG G3 which burst into flames and burned a hole in the mattress it was placed upon. 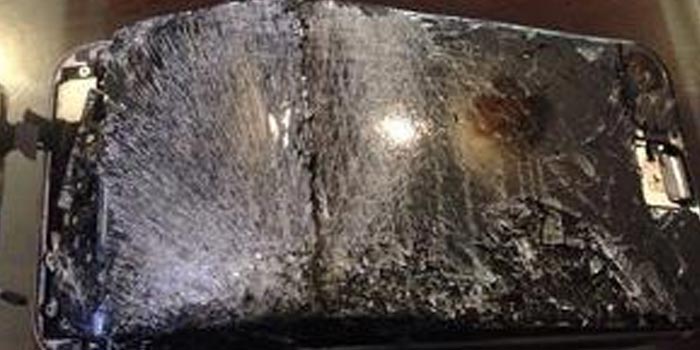 The battery was said to be the cause of the explosion and T-Mobile who sold that particular G3, offered to help with the investigation. Many of us who cling onto our smartphones for dear life make the mistake of treating them wrong.

First off, only use the charger and battery issued or recommended by the manufacturer of your device. Otherwise, it’ll be easy for the company to blame any accidents it may cause on your penny-pinching ways. Secondly, stop stressing out the cell by overcharging it and don’t keep your gadget in an unusually warm place.

Whether it’s an Apple iPhone 6 or any other handset, it will perform best when your battery has between 40 percent and 80 percent charge. But even being nice to your phone may not stop it from exploding if there’s some manufacturing defect involved in the first place.