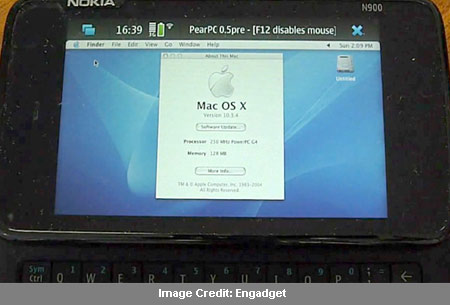 Without two thoughts Nokia N900 is truly a remarkable mobile device. Users have already seen how capable it is in running both Maemo and Android with ease. According to Engadget, now the latest platform to pave its way onto the N900 is none other than the full fledged Mac OS X 10.3.

Apparently, Toni Nikkanen of Finland became the first person to get OS X on a phone – although there are still some functional issues that hinder it from being usable. But it’s made possible, thanks to the help of PearPC, a Power PC emulator. Reportedly, it took about 2 hours to boot the operating system. Pretty impressive, isn’t it?

Heard of the famous byword – ‘Patience is the key to Success’? Well, everybody may be heard humming it by now.