Home Apple Response to new Apple iPhones has been lukewarm

The Apple iPhone 6S and 6S Plus have apparently been met with a lukewarm response from India, with industry insiders claiming demand for the smartphones has fallen below expectations. The leading reason for this seems to be the asking price of the handsets, which starts at Rs 62000. And this was the quarter in which Apple was hoping to sell at least 12 lakh units.

The brand had aimed to triple pre-bookings for the Apple iPhone 6S and 6S Plus this time round. Instead, orders have only increased by 10% – 15% compared to the previous generation of models. People are supposedly hesitant to buy the devices at their official value because they think the cost will be lower online. 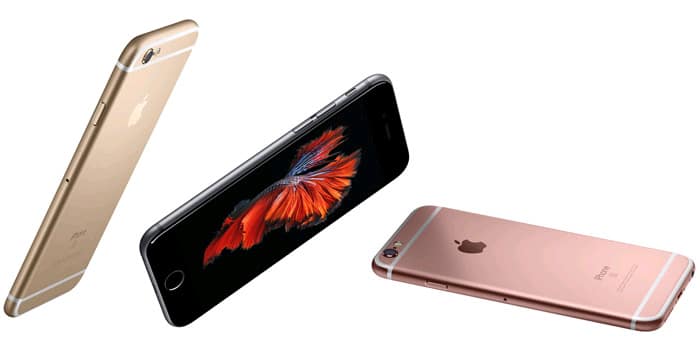 Apple could still manage to achieve its target of selling 12 lakh handsets within the October – December period thanks to e-commerce sites. The company started allowing vendors to retail its handsets at a discounted rate only earlier this year. The move resulted in a rise in sales for the manufacturer.

It sold over 1.7 million units between October 2014 and September 2015, compared to 1.1 million the previous quarter. The CEO of a leading electronics chain told the Times of India that 1000 potential customers were waiting to see if costs would drop ahead of Diwali.

A look at the common specs of the Apple iPhone 6S and 6S Plus:

Apple’s trade partners have been forced to reach out to consumers this year, unlike in 2014 when demand outpaced supply. Lot Mobiles Executive Director K Krishna Pawan stated that his company had contacted 10000 prospective consumers. This resulted in the pre-booking of 1300 models equaling 6 crores, an increase from last year.

Apple has adopted an aggressive marketing strategy for India, tying up with companies like Airtel and Vodafone to offer freebies to entice customers. Chains such as Big C have even started a one-month price protection scheme, where it promises to pay the difference if the value of the new devices drops within a month.

The Indian state of affairs seems to be a stark contrast to the international one. The Apple iPhone 6S and 6S Plus broke Apple’s opening weekend sales record this year, with over 13 million handsets getting sold within 3 days.