Popular voice calling and IM application, LINE, has disclosed that it has crossed a milestone in India by acquiring a total of 30 million active users in the country. This is certainly a huge accomplishment for the company and as large as that number is, it’s still nowhere near to the user-base WhatsApp currently holds in India.

The company disclosed this information to The Economic Times which notes that the original target for the services was to acquire a total of 50 million subscribers by the end of this fiscal year. So this means that LINE still has 5 months to attract 20 million new users if it wants to meet the set target. 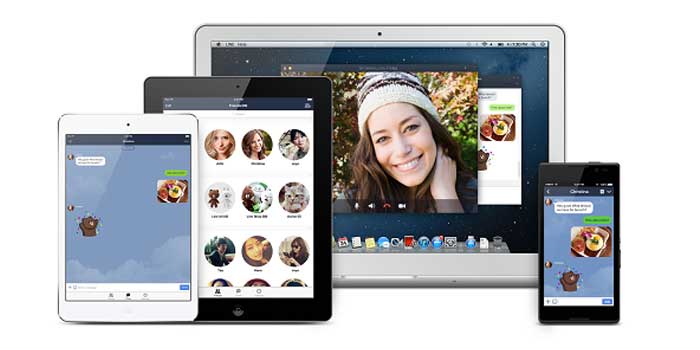 The 30 million users it has in India are part of the large global family of over 560 million. And to achieve such a number in just over a year is quite an achievement, not to mention the huge competition it faces from other popular services such as Google Talk, We Chat, Nimbuzz, Hike, Viber and Facebook Messenger.

As mentioned above, LINE is still far away from reaching the same success WhatsApp has with a user-base of 60 million in India. In recent news, the company introduced a new service called LINE Premium Call which offers international calling straight from the application.

And to woo Indian users, localized stickers were also launched including a Diwali one to celebrate the ongoing festival. An all-new iPad application was also revealed last week which is designed to make the most of the slate’s large display.

Back in April, LINE announced that it had a total of 18 million users in India and by reaching the latest milestone, it managed to get 12 million more subscribers in just 6 months.