Apart from a new flagship LG phone next week, the South Korean company is also expected to showcase fresh mid-range devices which will be known as the Magna, Spirit, Leon and Joy. These handsets have already been officially revealed by the OEM along with images and specs.

The new LG smartphone range comprises of devices with 4-inch to 5-inch displays. As you’re probably guessed, the company hasn’t used its conventional branding for the new handsets. So this could mean that the popular L and F Series are being put to rest? The official presser notes that the lineup will offer both LTE and HSPA+ variants of each device. 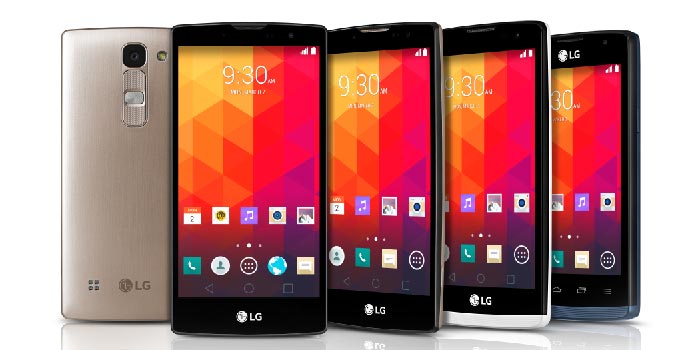 Additionally, the entire series flaunts premium designs akin to that of the flagship phones with rear-facing volume buttons and slim bezels surrounding the display. They will also be loaded with Android 5.0 Lollipop and various LG exclusive UX features including Gesture Shot and Glance View which are made their debut on high-end releases.

All handsets with LTE Cat.4 connectivity are powered by a 1.2GHz quad core processor (presumable the Snapdragon 400 or 64-bit 410), but the HSPA+ variants will come with 1.3GHz chips. The Joy 3G is the smallest member here and an exception as it packs a 1.2GHz dual core chip. The phone also features a 4-inch WVGA display, a 1900mAh battery and memory options of 8GB storage with 1GB RAM or 4GB hoarding space with 512MB RAM, depending on which model you pick. 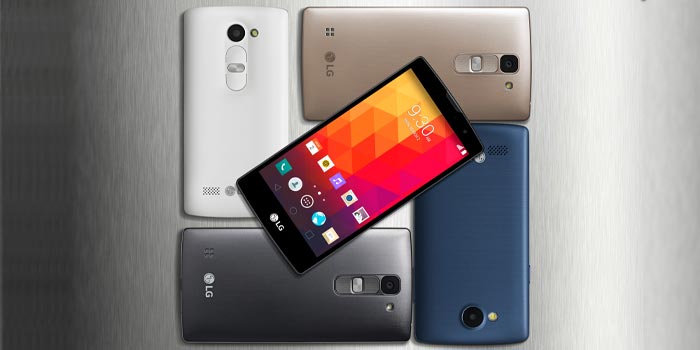 The 5-inch Magna, 4.7-inch Spirit and 4.5-inch Leon carry the same memory provisions of 1GB RAM and 8GB expandable storage. Additionally, the LTE versions offer an 8MP main camera, while the HSPA+ models of the second and third phones flaunt 5MP rear shooters. The first LG device is the only member with a 5MP selfie snapper on the front and the others have either VGA or 1MP sensors. Lastly, the handsets are fitted with 2540mAh, 2100mAh and 1900mAh removable batteries, respectively.

Price details for the LG Joy, Magna, Spirit and Leon are expected to surface soon since their global roll-out will commence this week in select markets.