The upcoming Android 5.0 Lollipop update is being highly awaited by those with Nexus and Google Play Edition devices, but it has got many of those worried who own smartphones like the LG G3 which have their own skins over the basic Android UI. That’s because the companies are bound to take a long time in order to alter the looks of their software to bring them in line with the new version of Google’s OS.

Owners of the LG G3 can find some respite in the fact that a representative of the company has revealed the end of December to the approximate time frame during which the Lollipop flavor will reach the smartphone. We guess that means LG’s second flagship right now, the G Pro 2 will also be receiving the update around the same time. 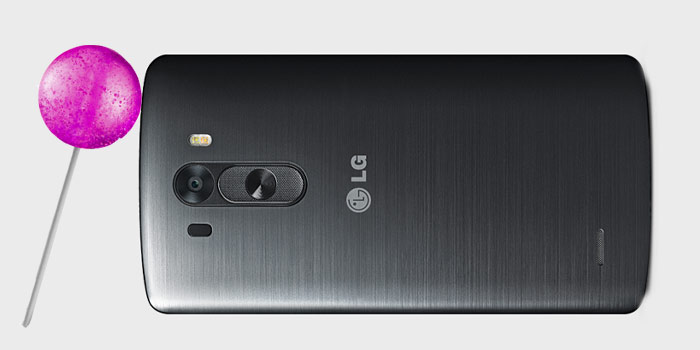 A Dutch site named TechTastic has cited a company representative for the Netherlands and Belgium to have revealed this important piece of information. He however, did not mention any other details regarding the company’s 5.0 Lollipop rollout for its devices.

Also Read: Xolo One smartphone up on company’s site with Rs 6599 tag, coming with Lollipop update

LG infuses all its Android devices with an overhauled UI called the Optimus UI. This consists of a number of proprietary apps, features and most importantly, a unique appearance. Since one of the prime features of the new OS version from Google is its overhauled appearance that’s highlighted by the Material Design standard, it’ll be interesting to see how manufacturers like LG, Samsung, HTC and more alter their skins to suit the new software.

While we know now that the LG G3 will be receiving its Android 5.0 Lollipop update later this year, we had learnt about plans regarding the same by other companies like Sony, HTC, Motorola and more, a few days back as well.