Along with the L Fino and Bello handsets, the LG G3 Stylus has also been listed on the company’s India website and price details have been provided as well. The handset in question will carry an MRP of Rs 21500 when it goes official, but it might reach the market at a slightly lower amount.

The LG G3 Stylus was originally launched back in August and showcased at the IFA 2014 expo last month. The device is a variant of the company’s flagship as it offers the same design, but the hardware has been heavily modified. Also, the phone is bundled with a stylus pen for quickly jotting down notes and creating doodles amongst other things. 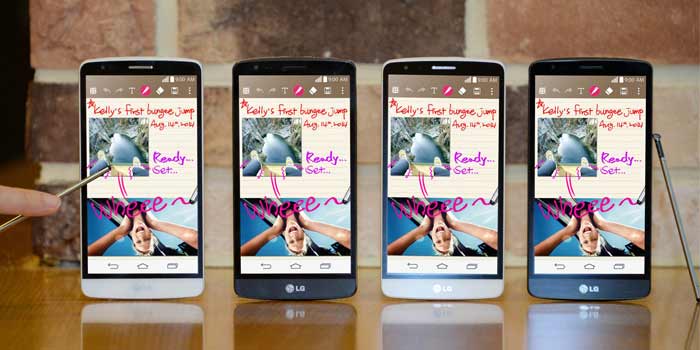 The LG G3 smartphone has been infused with Android 4.4 KitKat and it’s accompanied by numerous enhancements such as QuickMemo+, Smart keyboard, Touch & Shoot, Gesture shot, Knock Code and Dual Windows. Like the original, the handset offers a 5.5-inch display, but the panel is a disappointment as visuals are delivered at qHD resolution.

The G3 Stylus is a mid-range phone which could use some good hardware. For its price, 1GB RAM, 8GB storage and a 1.3GHz quad core processor aren’t enough, especially when the competition offers much better features in the same range.

You can find a detailed look at the LG G3 Stylus’ specs below:

For more details on the LG G3 Stylus, be sure to check out the official product page via this link.