The 16GB LG G Pro 2 has been unveiled in India for Rs 51.500 for all those of you who wanted a bigger G2 or a newer version of the company’s answer to Samsung’s Galaxy Note series. The phablet packs in some excellent features and is actually a sequel to the Optimus G Pro which was released in July 2013 for Rs 42,500.

You’re obviously getting better specs for the higher price that you will be paying for the new LG G Pro 2 minus the Optimus branding. Instead of a 1.7GHz quad core Qualcomm Snapdragon 600 chipset, you now have a 2.26GHz quad core Snapdragon 800 processor. There’s 3GB of RAM replacing the 2GB found on the exiting model and a bigger 5.9″ screen over the 5.5″ one. 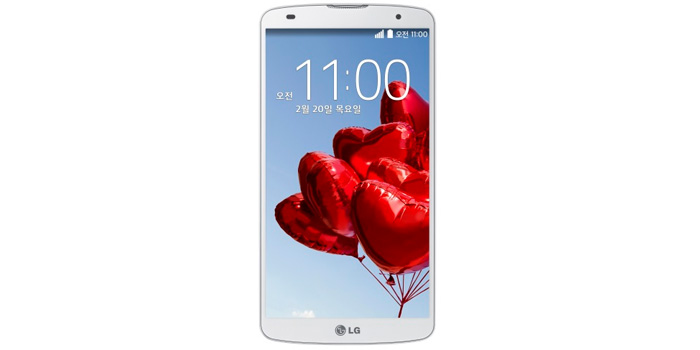 LG has put a camera capable of shooting 4K resolution as well as slow motion videos on the G Pro 2. One special feature for those who love taking pictures of themselves through the webcam is Flash for Selfie which reduces the area of the screen in which you see yourself as you click and then frames this preview window with a white background.

So the white part of the LG G Pro 2’s display acts as a flash of sorts by throwing light back at your face. In other words, this softens the overall picture, smoothing out your skin and everything else within the frame to a certain extend. Check out the video below if you didn’t get what we were trying to explain.

The official price of the LG G Pro 2 may be Rs 51500, but it can be picked up for a little less than that through Snapdeal.