Rumblings about the LG G Flex 2 have been heard plenty of times in the past, so it’s good to hear something official about the curved smartphone which will be making its debut at the upcoming CES extravaganza in January. It’s not LG but Qualcomm that has decided to tease the handset by means of a tweet which is accompanied by an image of the device.

The chip-maker hasn’t given away the name of the smartphone but the fact that it’s the LG G Flex 2 is evident through the photograph due to two reasons. Firstly, the unique rear buttons that form part of its predecessor’s offerings can be spotted on it, and secondly, the self-healing polycarbonate material on its rear surface can also be seen. 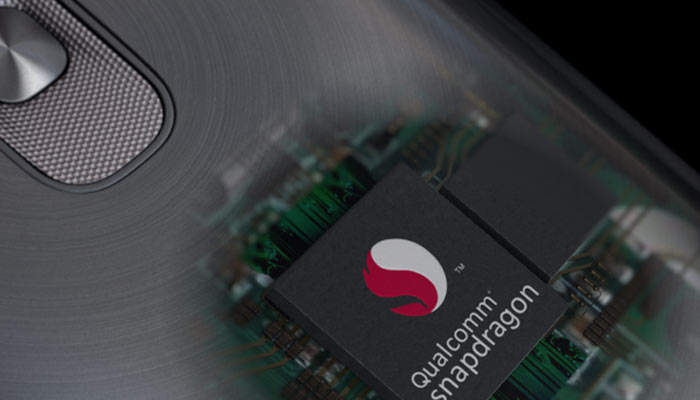 The tweet from Qualcomm is hints that a Snapdragon 800 processor will be infused into the G Flex 2. Now this is quite an outdated processor, and even its predecessor features the same chipset, which could mean that the 64-bit 810 version or the 805 variant which are both in the 800 league will be pushed inside the handset.

Past leaks have told us that this LG phone will come equipped with a 1080p full HD display, but other specs about it have not managed to trickle out as yet. Apart from the curved display, another highlight of the first-gen device was its self-healing rear panel which automatically recovered from minor scratches and abrasions.

A new #Snapdragon 800 powered smartphone is launching next week at @intlCES – here’s a first look. pic.twitter.com/6Sx8wQQsdE

As the tweet says, the mystery smartphone which we’re certain is the LG G Flex 2 will debut at this year’s CES, so let’s wait until then to get a full insight on it.