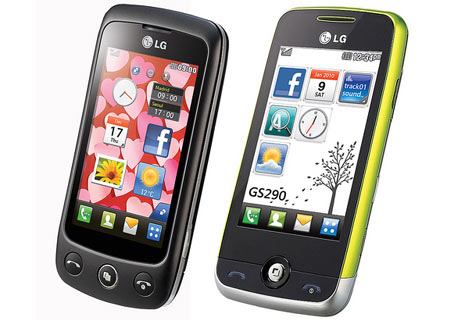 For sure, this one isn’t less than a sweet course. For those with a saccharine tooth, LG has officially doffed the wraps of yet another Cookie – the LG Cookie Fresh GS290, reports UnwiredView. The touchscreen device has now been officially announced.

Egged on by the first Cookie phone, the Cookie Fresh GS290 features an impressive 3-inch WQVGA touchscreen display, cartoon User Interface, social networking integration to keep up with the times, an integrated FM radio and a 3.5mm headset jack. Equipped with a decent 2-megapixel camera, the phone won’t be offering any 3G connectivity.

The LG Cookie Fresh GS290 is slated to be launched in Europe this month and will be available in different, peppy color versions. The handset is anticipated to be released in 50 other countries within the year. The pricing details are yet to be revealed.