The LG Chromebase AIO OC holds the record for the first Google Chrome OS desktop form factor to hit the Indian market. The full-fledged PC isn’t as affordable as its laptop counterparts, but still makes a sensible deal at Rs 32000 if a portable PC is not your thing.

Our one issue with the official announcement has to do with LG launching the Chromebase PC several months after its actual unveiling which took place in December 2013. It’s quite surprising that the company took so long since the demand for desktops is already declining due to convertibles and hybrids carrying inexpensive price tags nowadays. Nevertheless, it’s here and aimed towards customers who mainly depend on Google services. 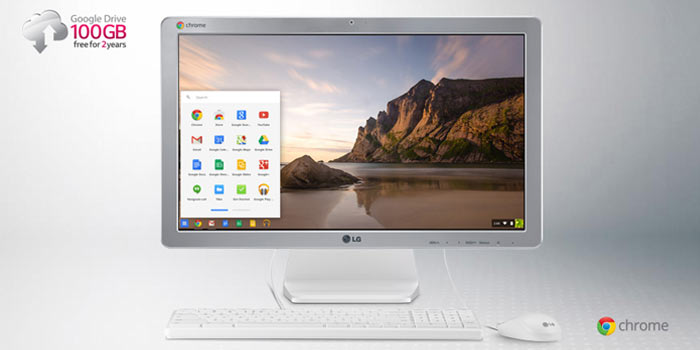 For the said price, the LG Chromebase AIO has a 21.5-inch display which is an IPS LCD panel that can deliver visuals in 1080p full HD resolution. And like most Chrome OS-powered devices, this one also features a dual core Intel Celeron processor. The PC is accompanied by a keyboard and a mouse which are wired and hence a turnoff, in our opinion.

Also check out: Croma partners with Intel to launch own-branded tablets in India

The ESP of the LG Chromebase is that it can boot up really quick and doesn’t take more than several seconds to do so. Apart from this, numerous Google services come preloaded such as Gmail, YouTube, Hangouts and Docs amongst others. Memory is a bit of a problem here as only a 16GB SSD is provided, but those always connected to the internet shouldn’t be inconvenienced since the search giant has bundled 100GB of free cloud storage for 2 years. 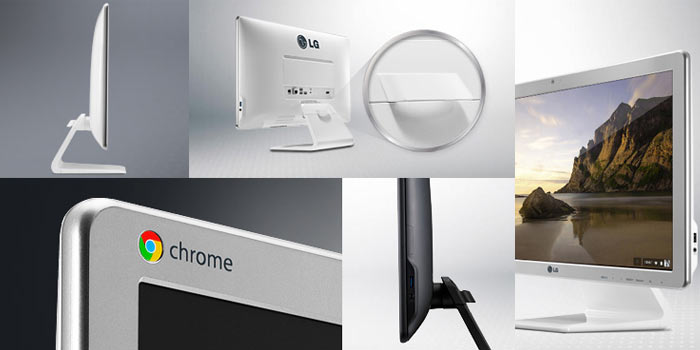 The LG Chromebase will be available in black and white color options whenever it reaches India. We’ll give you a shout about its availability as soon as we hear word on that.