The new Lenovo Yoga 2 and Yoga 2 Pro tablets have been launched in India, exclusively through online retailer Flipkart who has been bagging such deals ever since the high profile Moto series was released. The Yoga 2 arrives in two flavors covering Android and Windows OS options.

The 13-inch Lenovo Yoga 2 Pro will be available in November for Rs 47990. The Lenovo tablet features an ultra high resolution 2560 x 1440p IPS display as well as an in-built projector. Its audio capability is supported by Dolby surround sound, JBL 2.1 speakers accompanied by a 5W bass subwoofer and Wolfson Master Hi-Fi noise reduction. 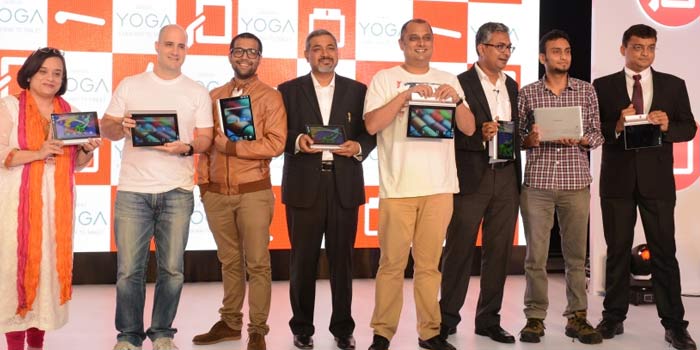 The tablet is only being offered with Android inside, unlike the 10-inch Yoga 2 which lets users pick between Google’s mobile OS and Windows. The latter even comes with an 8-inch screen option as long as you’re willing to have it with KitKat v4.4.2. It’s the only one of the four Lenovo slates to be up for purchase currently.

All the Yoga 2 devices are powered by 1.8GHz Intel Atom Z3745 processors and share much the same specifications. They embed 2GB of RAM along with 32GB internal memory and 64GB expandable storage. Each sports an 8MP camera on its rear and a 1.6MP front-facing lens above its touchscreen. You can supposedly expect 15 to 18 hours of average use from any of these tablets. 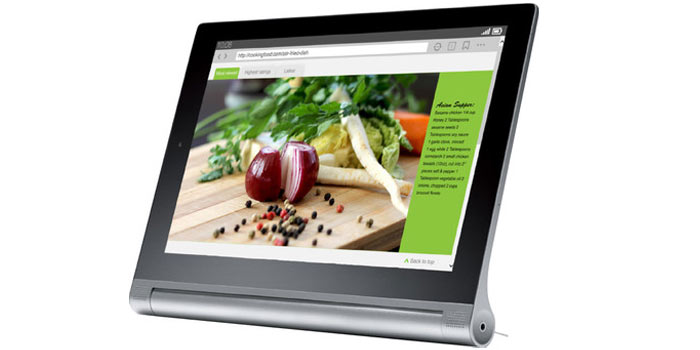 One of the most interesting design elements of the Yoga 2 is its special kickstand which lets you place it in a position you’ve probably never heard of previously – hang mode. You can also hold it, stand it on its side or have it sloping on a flat surface. The connectivity options bundled into the package include 3G or 4G data and dual band 802.11a/b/g/n Wi-Fi.

Lenovo Yoga 2 users who go with the Windows OS will be treated to a year-long subscription of Windows 8.1 with Office 365. The 8-inch device delivers voice calling support and has the same 1920 x 1200p touchscreen that can be seen on the rest of the tablets, save for the Pro.