The Lenovo Vibe S1 has been unveiled in India and will be available exclusively via Amazon India from November 24. The smartphone was 1st seen in September during IFA 2015 and will retail in India priced at Rs 15999.

The main talking point of the Lenovo Vibe S1 is its dual-selfie cameras, the only phone in the world to boast such a setup. The 8MP snapper, with an aperture of f/2.2 and a BSI sensor, clicks the image while a 2MP one records the depth of field. Both combined allow users to swap or blur backgrounds and change the focus of the photo. 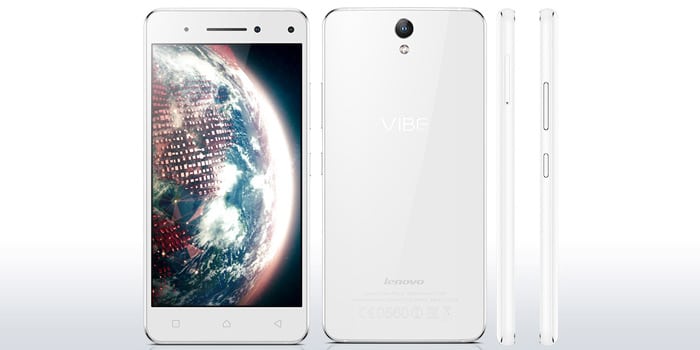 There’s also a 13MP shooter on the rear surface which is accompanied by a BSI sensor, dual-color flash and phase detection autofocus (PDAF) for faster focus speeds. Lenovo claims the device has gone through an 8-step process to manufacture the phone’s aluminum frame and curved Gorilla glass coating on the front and back.

Taking a closer look at its other specs, the Vibe S1 sports a 5-inch full HD display with a pixel density of 440ppi. In terms of memory, it contains 3GB of ROM and 32GB of internal storage, expandable up to 128GB via a microSD card slot. Its 64-bit 1.7GHz octa-core MediaTek MT6752 processor works in collaboration with an ARM Mali-T760 GPU.

Specifications of the Lenovo Vibe S1 at a glance:

The Lenovo Vibe S1 is available in pearl white and midnight blue colors. Once again, it can be bought through Amazon for Rs 15999 starting from November 24.