The Lenovo Vibe C has been spotted out and about in India ahead of an official announcement by the brand. So far, the phone has taken up residence in a couple of e-commerce sites. Its box has also gotten leaked online, indicating it’ll be sold via offline outlets as well.

The existence of the 4G-ready Lenovo Vibe C first came to light earlier this month when it appeared on a Croatian retailer’s website. That version of the handset offered a slightly different set of specs from the Indian model. For instance, the former offers a 5-inch 720p screen and 8GB of ROM, whereas the latter ships with a 5-inch FWVGA (854 x 480p) display and 16GB of ROM. 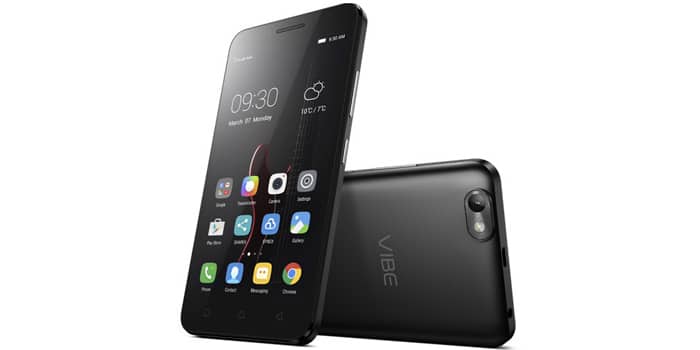 As per Phone Radar, the Vibe C will hit Indian stores priced at Rs 6999. It’s considerably cheaper than other phones in the brand’s portfolio. The smartphone will be up against other entry-level devices in the country like the Alcatel Pop Star and Coolpad Note 3 Lite. Both cost the same and sport a similar set of specs.

Here’s a neat overview of the specifications of the Lenovo Vibe C: 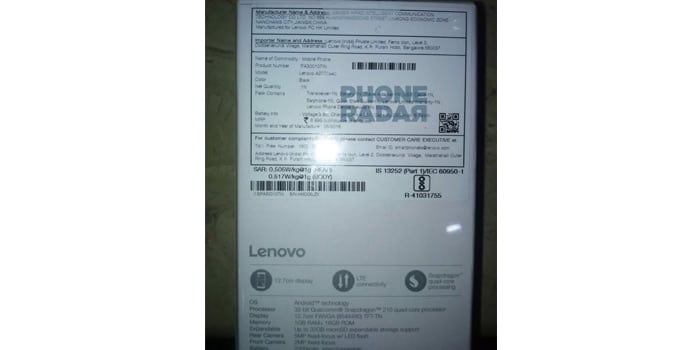 However, the Coolpad phone has the advantage of a fingerprint scanner. That’s in addition to its 1.3GHz quad-core MediaTek MT6735 processor, 2500mAh battery, 3GB RAM, and 13MP/5MP camera setup. The Lenovo phone by contrast only packs a 1.1GHz quad-core Snapdragon 210 SoC, 2300mAh battery, 1GB of RAM and a 5MP/2MP setup.

The Lenovo Vibe C will be sold in black and white colors. It should be announced officially soon.