The Lenovo Tab 2 A7-30 in two different cellular avatars, is the latest tablet offering from the Chinese company to have arrived in the Indian market. It can be yours at just Rs 8500 if you choose to go for its 2G model, while its 3G variant will set you back by Rs 11800.

This tablet was showcased at the same event at which the company launched its super high-end Yoga 3 Pro Ultrabook in the country. Equipped with professional-grade components and costing as much as Rs 114990, the convertible laptop falls in a completely different league than the one which is occupied by the Lenovo Tab 2 A7-30. 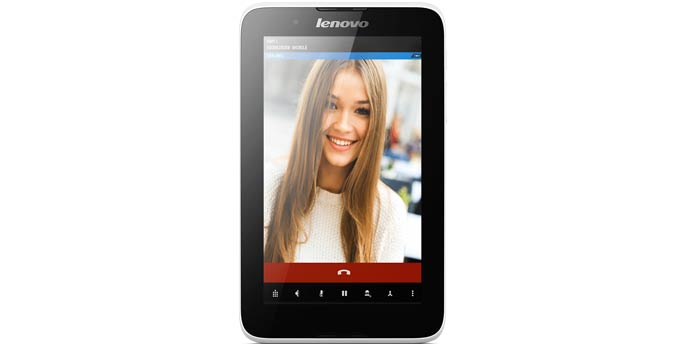 The new Lenovo tablet comes equipped with a 7-inch display which showcases its visuals in a 1024 x 600 pixel resolution. Fueling its operations from within is a 1.3GHz quad core processor that takes assistance from 1GB worth of RAM and a Mali 400 GPU.

Also Read: Lenovo A6000: A mini review of the smartphone’s best features

While the 2G version of the Tab 2 A7-30 kicks in 8GB of storage space, its 3G cousin offers a 16GB module. And then of course, there’s scope for further expansions of up to 32GB through their microSD card slots. A 2MP rear camera and a VGA front snapper can be found on it as well.

The Lenovo Tab 2 A7-30 has already made its way to online and offline shopping channels in India in both its 2G and 3G forms.