A month after getting unveiled in its home country of China, the Lenovo Phab Plus has arrived in India and is now available through Amazon for Rs 18490. But the official price of the tablet is actually a bit higher at Rs 20990.

To recall, the Lenovo Phab Plus flaunts a huge 6.8-inch IPS 1080p screen with a resolution of 326ppi. It’s encased within an aluminum unibody and has been designed to support one-handed operations through features such as single hand micro screen and wide touch. It packs a 3500mAh battery, which is rated to deliver up to 480 hours of standby time and 24 hours of talk time. 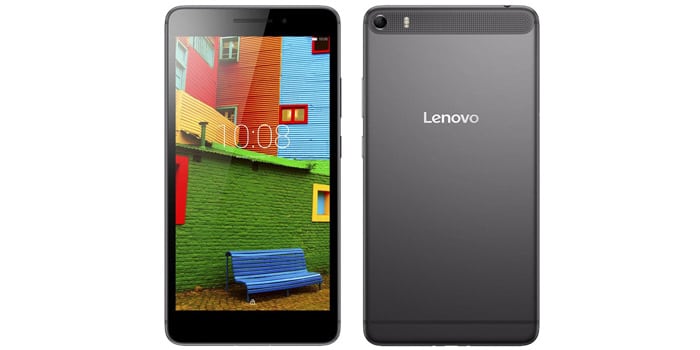 The 4G-ready Phab Plus is fueled by an octa-core 64-bit 1.5GHz Qualcomm Snapdragon 615 processor coupled with an Adreno 405 GPU. It runs on Android 5.0 Lollipop and carries a 13MP primary camera with dual-LED flash, alongside a 5MP front-facing wide-angle lens for selfies. In terms of memory, the device has 2GB of RAM and 32GB of internal storage.

Users can add up to 64GB of extra space via a microSD card slot. Lenovo has equipped the dual-SIM smartphone’s rear speakers with Dolby Atmos Surround Sound. Connectivity options include Wi-Fi, microUSB 2.0, A-GPS and Bluetooth. It measures 186.6 x 96.6 x 7.6mm in terms of dimensions and weighs 220g.

Check out the specifications of the Lenovo Phab Plus at a glance:

The Lenovo Phab Plus is currently listed in a gunmetal platinum color. Once again, it’s pegged at Rs 18490 and can be bought via Amazon India.