Excitement over the Lenovo K4 Note has been building up over the past few weeks, with the company releasing periodic teasers to keep the hype going until its January 5 unveiling. The latest one cryptically talks about the upcoming device’s screen without giving much away.

The Lenovo K4 Note can now be seen in a short 12-second video which has been posted to the brand’s India Twitter page. Most of the running time is spent on a series of clips with the phone making an appearance only at the end. The teaser has been captioned with a question asking when a display can be considered more than just a sum of its pixels. 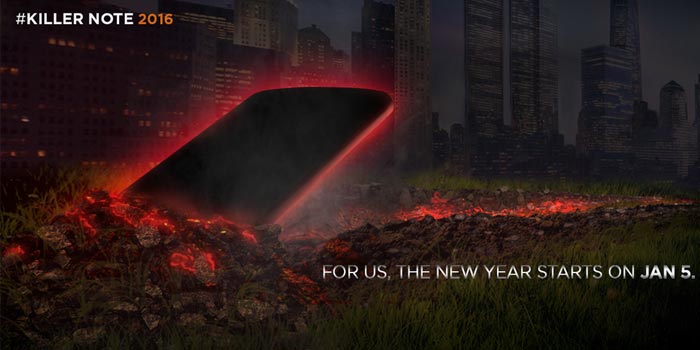 This could be hinting at the K4 Note flaunting the same 1080p resolution and 401 pixel density as its predecessor, but with an improved screen technology. Coming to specifications which are a bit more certain, the brand has hinted that the phone will feature a fingerprint scanner on the back of the handset.

Lenovo has released a photo depicting the sensor, while also revealing the smartphone will be equipped with an NFC (Near Field Communication) chip. The function allows for the wireless transfer of data between 2 devices. It acts like a virtual card linked to a bank account, which can be utilized to conduct transactions such as payments and ticketing.

Other information which has been brought out to the open includes the 3GB of RAM and all-metal body the new Lenovo handset is packing. Notably, the K3 Note is made up of plastic and contains 2GB of RAM. Furthermore, earlier speculation had suggested that the upcoming model will ship with 32GB of ROM, more than the previous variant’s 16GB.

Stay tuned for any more updates regarding the price and features of the Lenovo K4 Note up until its launch on January 5.