The Lenovo A7-50 has been launched in India officially through the company’s online store for a price of Rs 15,499. And multiple retailers are also offering the tablet with lower retail tags starting from Rs 14990. The slate comes with cellular support and has voice calling, but only a single SIM card slot.

Nevertheless, the A7-50 tablet does deliver a decent roster of features for a rich Android experience. Speaking of which, the Jelly Bean 4.2 platform is what this Lenovo device runs on. An update to version 4.4 KitKat is also planned in the future, but there’s no schedule for the roll-out as yet. As mentioned above, the tablet only has a single SIM card slot putting it at a slight disadvantage against its competitors in the same category. The device supports 2G EDGE and 3G HSPA+ 21Mbps networks. 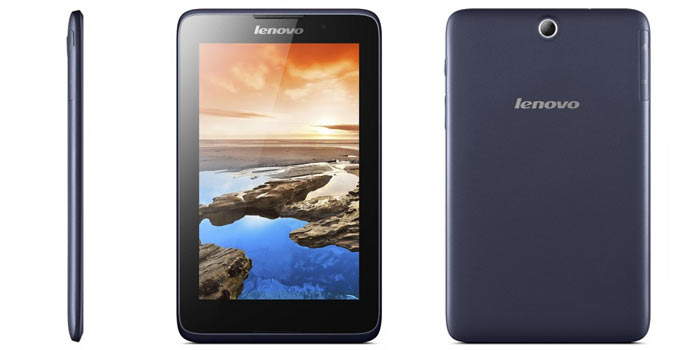 The A7-50 tablet is designed with a soft touch finish on the rear and is sprayed in a shade of midnight blue. It weighs 320 grams and is 9.9 millimeters thick. The front sports a 7-inch HD IPS display, while a 1.3GHz quad core processor can be found on the inside. Additionally, the slate also packs an entire gigabyte of RAM, 16GB of storage, a microSD card slot that supports up to 32GB and a 3450mAh battery.

In addition to the company’s The Do Store, online retailers such as Flipkart, eBay.in, Amazon and Infibeam are also selling the Lenovo A7-50. We’re sure you’ll get it in brick-and-mortar outlets too.