The Lenovo A7-30 3G has received an official launch for India where it has been tagged at Rs 9999 and bundled with entry-level features. The price is certainly higher than what you’d expect in this category and the device doesn’t really have anything concrete to offer that justifies the amount.

For those unaware, the Lenovo A7-30 3G is merely a new variant of the 7-inch tablet which went official back in June. What’s different here is that the company has thrown in 3G connectivity, as depicted in the name. Apart from this, nothing else appears to have been modified in the latest release. 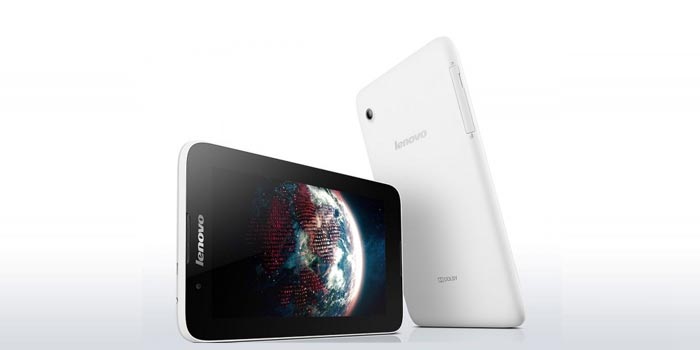 Even the software hasn’t been bumped up to Android 4.4 KitKat, despite Lenovo promising an update from 4.2 Jelly Bean. The biggest disappointment on this A7-30 3G tablet is the display which is a WSVGA panel of 1024 x 600-pixel resolution. For a screen of 7 inches, HD visuals would be a better choice.

And while there’s voice calling aboard, you only get a single SIM card slot. The battery is still the same 3500mAh one and we wouldn’t expect better activity time with 3G turned on. Coming to memory provisions, Lenovo has delivered 1GB RAM, 16GB storage and a microSD card slot.

It’s highly likely that the Lenovo A7-30 3G will hit the market at a lower rate as Rs 9999 is way too much of an asking price, according to our humble opinion.