The Lenovo A328 has been officially launched in India as an entry-level smartphone and it’s on sale at an affordable Rs 7299. The device runs on Android 4.4 KitKat and it comes with the company’s proprietary DOit apps such as SHAREitis, SYNCit and SECUREit amongst others.

The Lenovo A328 also features a custom UI with various software enhancements. The handset holds onto a 4.5-inch screen which happens to be a FWVGA TN LCD panel. The disappointing bit here is that the viewing angles aren’t going to be great and the screen only supports 2-point multi-touch. If that’s not enough of a letdown, the phone’s rear camera is a 5MP fixed-focused one. 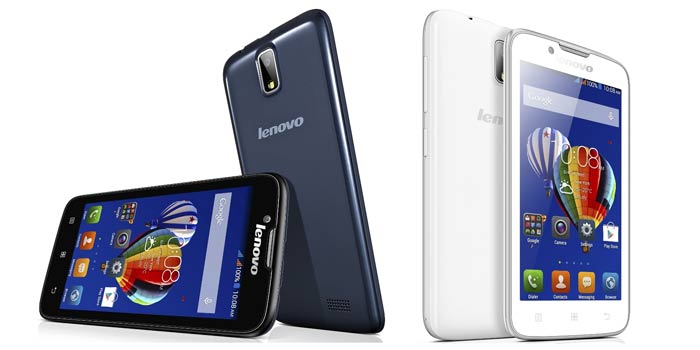 The front-facing 2MP snapper is of the same type, but that’s expected. Lenovo has thrown in a 1.3GHz quad core Cortex A7 processor (MediaTek MT6582M) to do the heavy lifting and there’s an entire gigabyte of RAM too. The built-in storage is a mere 4GB with microSD expandability of up to 32GB.

The phone is also dual SIM enabled and it supports HSPA+ 21Mbps networks. Lastly, the 2000mAh removable battery can deliver up to 13 hours of talk time or around 9.5 days of standby on 3G.

You can find a quick summary of the Lenovo A328’s key specs below:

The Lenovo A328 smartphone is currently available for purchase trough TheDoStore in options of black and white, while Infibeam is offering the black model only, but at a lower price of Rs 6979.